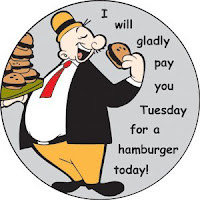 Social media is something I am still new at. Because I am looking at a few life changes, including moving out of Indiana and back to Cleveland, I have chosen to keep my Internet life somewhat private.  I say somewhat because I don't think you can ever be completely anonymous on the web. At least not if you want to interact with people.

I started a blog on LiveJournal and then I *tried* Facebook. My Facebook account lasted all of about a week. With updates as stirring as "pouring another glass of milk for Joe" and the constant flinging of sheep, I knew it was time to move on. 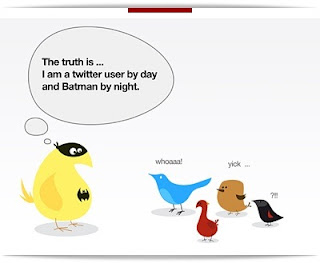 On Twitter, you can follow people with similar likes and dislikes as well as your favorite restaurants, phone companies, television writers, famous people and someone else's dad.  All, under a happily anonymous moniker. The micro blogging site forces people to get to the point in 140 characters or less.

Then something really interesting happened. People started giving things away. My friend won a weekend in Vegas courtesy of Caesar's Palace. Through "retweeting," which is repeating the tweet of someone else and posting to your followers, I have won everything from Chicago Cubs tickets to Kathy Griffin tickets to Cleveland Gladiators tickets. I have received special discounts on meals or hotels all because I follow someone. There are times I feel a little like a mooch. People are giving me free things in hopes that I will give them free publicity. I have noticed that the more followers I have, the more things I have been given.

I have read about several bloggers that are vehemently opposed to free meals or event tickets, so that they can remain impartial. Thankfully, I am not running any sort of blog that people are looking to for an impartial opinion. 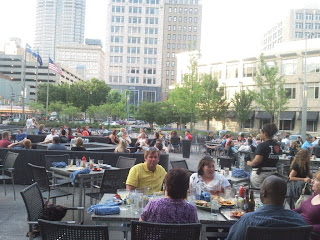 Take the example of Scotty's Brewhouse.  As a displaced Clevelander, I visited when they first opened downtown.  It was terrible. The staff was clueless and inattentive. So, I crossed them off the list.

When the next football season rolled around and I needed my Browns fix, I tried Scotty's again. And again, terrible service. But, this time I was different.  I was armed with my laptop to check my fantasy team and Twitter. I tweeted. And tweeted some more, chronicling my wait for a table, for service, and on and on. I never imagined it would go anywhere except into the same cyberspace black hole that my blue socks fall into.

My friend showed up and we watched the football games, ate nachos, drank beer, ordered dinner and then something strange happened. It was as if we were whacked with a celebrity stick while sitting at the bar.  Bartenders were coming over to us. Servers were coming over to us. Everyone was checking on us to the point of annoyance. A guy sat on the bar stool next to me and said, "I apologize, it seems as if we have had some problems today."

It turns out that Scotty, as in Scotty of Scotty's Brewhouse was reading my tweets. He called his crew, and next thing I knew the general manager was sitting next to me apologizing for poor service and trying to get to the bottom of things.

At first, I admit,  I was freaked out that he knew who I was, but I guess the lap top and Browns jersey was a dead giveaway that I was Cleveland Chick from Twitter. After the shock wore off I was truly impressed that someone was reading my ranting tweets, and more importantly was concerned and wanted to make things right.

Scotty knows a little good will goes far in the cyberworld. I wish everyone else did.
Posted by Cleveland Chick at 7:35 PM