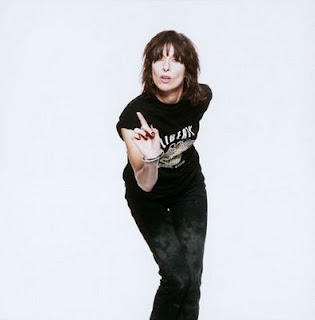 There are some days that I feel like Chrissie Hynde.


When I came home to Ohio,, my head was filled with grand memories of the way things used to be. All of the years I was gone, I envisioned how Cleveland had evolved. How the city of Cleveland had grown.


For the past 10 years or so I have lived in Indianapolis. That city has improved, it's vibrant and shockingly clean. In the time I have lived here, I went from never going downtown, to buying a condo and making my life downtown. I was certain Cleveland had improved the same way.

Sure, I heard about the Forbes list and Cleveland making it as one of the most miserable cities. I read in horror about alleged serial killer Anthony Sowell. I don't know...maybe I thought everyone was jealous. Come on, Cleveland rocks. We have an Iron friggin Chef.

I do not for a second regret moving back to Cleveland. I certainly don't regret taking a job in Cleveland. For better or worse, Cleveland is my home, and like my cousin that likes to speak in Klingon at family functions, I won't abandon her.

On my way to work every morning, I pass by abandoned and decaying buildings. Tagged by some pseudo artist in residence the buildings make me sad. I look at the buildings and all I can think about is how beautiful they were, what they meant to someone. Fantastic and glamorous hotels or apartments. 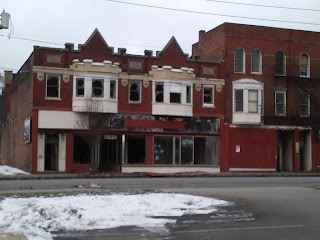 Every day I drive by this building and on this morning, all the windows and doors were busted out.I'm bothered by how much this has bothered me.

It is just a stupid building. Right? Maybe not...

This symbolizes something more to me. Since I left, everything has changed. I can't for the life of me get to places that I had easily driven to hundreds of times. The landmarks have changed. The roads have changed. If I didn't have GPS I would spend more time that I already do lost. There are no Lawson's on every corner to serve as markers.

Even though my city has changed, I'm still happy to be in it. I came home to make Cleveland a better place.

Happy new year everyone or in the immortal words of my cousin,  QISmaS DatIvjaj 'ej DIS chu' DatIvjaj (for the non-Klingon speakers, that is Merry Christmas and Happy New Year)!

Posted by Cleveland Chick at 10:25 PM