Some things change.
OK, most things change.
All right, all right. Everything changes.
After moving back to Cleveland, I’ve had to get readjusted. Many things are familiar in a bizzaro way. The news anchors are still the same…Wilma Smith and Romona Robinson. Dick Goddard is still talking weather and trying to save all the lonely pets.
But, things have changed. Dick Goddard doesn’t give out recipes and encourage you to make snow ice cream anymore. In fact, he warns against it. Chemicals and pollutants in the air and snow you know.
And then there is WMMS. The Buzzard. Rock and Roll royalty if you will. I always remembered the station as the standard for all that was cool.  WMMS repeatedly won the Rolling Stone readers poll as the number one radio station in the country (we will just ignore that pesky ballot stuffing for a moment) for years and years.
But they have changed too. I thought it was just me, but a listener wrote in to the Alan Cox show (the 3 pm - 7 pm shift), and everyone at Clear Channel for that matter, exclaiming how the current DJs and format is basically ruining a national treasure - WMMS.
Ding ding ding. Winner chicken dinner.
I agree. But…things change.
When I started listening to WMMS, there was no MTV. There were no music videos. Aside from an album cover or a rock magazine, you would have no idea what your favorite musician or band looked like. It didn’t matter. 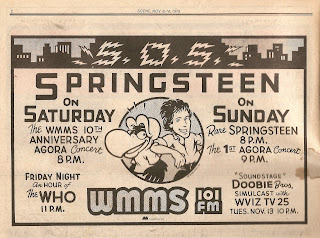 We'll use Bruce Springsteen to illustrate my point. I jumped on to the Boss bandwagon fairly early compared to the rest of the country and certainly my peers. I was a fan before Born in the USA. I fondly recall bringing home my The River cassette and then saving up my allowance to get the rest of his albums.
I loved him. The Boss was telling stories that I couldn't even imagine until I was an adult. It was fantastic.
Ahem...
Part of that love came from the exposure on WMMS. Kid Leo was one of the early supporters of Springsteen, making Cleveland a fan of this kid from New Jersey.
Kid Leo seemed like he knew everyone. It seemed like this guy was best friends with all the rock stars, and by listening to him, you were somehow in the know. Not like today and the TMZ riddled entertainment news pouncing with their paparazzi on every misstep of the self described rich and famous. It was like Kid Leo was telling you about his friends. His pals.
Radio was completely different then. Artists didn't depend on flashy stage shows for the fans (OK, maybe KISS and Pink Floyd) but it was more about the music, not the image. Concerts used to have intermissions. Springsteen would play until everyone was ready to go home. Hours after he took the stage.
But think back..and depending on your age, you may have no idea what I am talking about here, this was before the Internet. To get concert tickets, you had to get up, leave your house and stand in line at some record store. If it was a big show, you camped out. You would con some caring adult figure to camp out on a crummy cold sidewalk with you and wait for the record store to open to buy your tickets.
Signs of appreciation and begging for an encore was done with a bic lighter. Flicking the switch over to blow torch, you would switch hands once your finger started to burn. The flame high and hot.
Now? 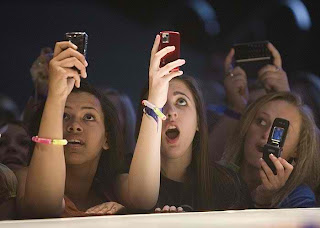 Now, as this picture from a Taylor Swift concert shows, cell phones are the rage.  Fans open their cells up to light up the arena, which is cool in a lightening bug kind of way, but it loses something.  I miss going to a concert and on the way home (or waiting in the parking lot) listening to the radio, the sponsor station playing the entire artist's catalog.
On my way home from work, I listen to WMMS and Alan Cox, partially because I am more inclined to talk radio nowadays, partially because he is entertaining. Mainly it's because I'm trying to hold on to something. Some lost feeling I suppose.
I understand where the angry letter writer was coming from, but the days he was remembering have gone the way of Atari 2600,  Jarts, and Sun Country Wine Coolers in a 2-liter jug. The world changes around us and unless you want to become a recluse watching old reruns on Nick at Night, it is time to move on. 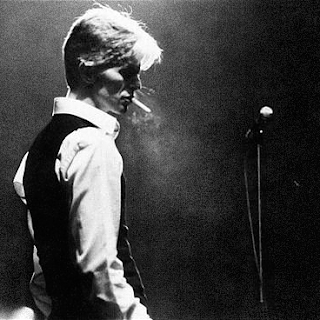 Posted by Cleveland Chick at 9:55 PM