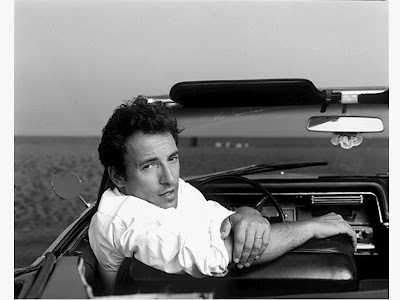 Today was a monumental day.
I'm officially an Ohio resident once again.
Allow me a moment there. It is officially official. I'm home. I'm really home. I clicked my little heels and here I am. I feel like there should be some brass band marching through. A ticker tape parade maybe even.
Now, I still need someone to buy my condo (great place in Indy, you could even walk to the Colts stadium and the 2012 Superbowl), but as far as everything legal, I'm back. I have a great job that I love and I'm near my friends and family. Life is good.
But, to make all of this happen I needed to go to the BMV and switch over my car title, get plates (I'm spoiled. In Indy I only needed one plate. My poor car is going to get its grill all messed up to add a front plate), and get an Ohio license. Couldn't be too hard right?
Umm, sure.
In the interest of full disclosure, I'm as much of a fan of the BMV as I would be of someone forcing me to be next to Bobby Flay grilling spiders at a Steelers game. That would be not so much. For reference, you can check my last BMV experience here. So, I woke up today, fully prepared to get the run around and go from place to place to place to place. Indiana has points over Ohio for the convenience factor. In Indy, you go to one place for everything. Plates, license, testing, titles, you name, you get it there. Ohio offered me a little surprise of a different place for everything. Granted, some of the locations are very close together, but the majority seem to be in different buildings or completely different locations. If I had to go out a door into the cold, I counted it as a separate location. 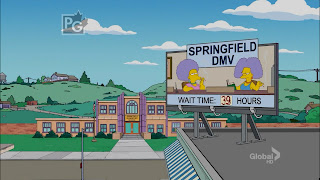 I checked the internet and even went old school and called ahead, hoping to save myself some run around. To see how well that worked, here was my rundown of my morning:
Stop #1:  Auto Title. Brrr. It sure is cold out. I hopped out of the car and tried to get in the title office. I called ahead and was told this was stop #1. They don't open until 9 so I start hopping around to keep warm. They let us in and the woman tells me that I need to get my vehicle checked next door. She was very chipper and blew off my grumbling, which was probably the best choice. Good for her. Grr...as I walk next door.
Stop #2: BMV. I need to get my VIN checked so Ohio knows my car isn't hot. Guy walks out with me and he checks the VIN. Go back in the BMV and write check #1. They tell me to go back to Auto Title. Grrr.
Stop #3/#4/#5: Auto Title. Good thing is the line barely moved since I left. Bad thing is the line has barely moved since I left. There are rumblings of only one computer working. There is a sign, after you get inside and through part of the line with lots of !!!!!!!! shouting that you need to get your VIN checked next door before you can get your title. 2 people come in behind me with the same bad intel. Selma behind the counter tells us all that we must have called next door because they don't ever get it right. Selma also tells me I need to get the exact mileage so I hop out of line and go out to get it and then back in. Grrr. Writes check #2.  Walk away with my Ohio title. Yayyy.
Stop #6: ECheck. Selma gives me directions to the Echeck place that were like something out of Pee-Wee's Big Adventure. I make it there and to me it looks like a car wash place. I explain to the guy that I just got my title and need the check thing. He asks for my Ohio license. I tell him I don't have one yet. He tells me I can't get my Echeck. Vein in my forehead starts to protrude. He goes and gets his supervisor and I get the all clear to wait in some booth thing and watch my car get checked. I consider asking for a car wash but decide against it. The guy manning the booth shares with everyone his theories on parallel universes. I decide that the alternate me is likely fighting with the cable company. I get the all clear and head back to the BMV.
Stop #7: BMV. I go back to the BMV to get my plates. I'm pleasantly surprised to see that getting Browns plates were *still* cheaper than getting plain ol' regular plates in Indy. Woot! She gives me the option to get plates until my birthday (next week) or through 2012. I refrain from asking why the heck anyone would only renew their plates for a week only to have to come back again and instead I politely ask for plates through 2012. I write check #3 and I figured I was done. No such luck. I need to go next door to take my written test for my license. Grrrr.
Stop #8: Testing Center.friggin written test was. I have to answer 30 out of 40 questions correctly or no license for me. I miss a question about farm equipment and one about how many points it takes before your license is suspended. Once I answered my 30 correct the test stops and tells me to go to the desk. Part of me was cranky because I was recorded with a 75% passing grade and I wanted to do better, the other part of me had to pee so I just wanted to move on. Guy tells me to move on back next door to get my license.
Stop #9: BMV. Back to the BMV to get my license. I'm once again happily surprised to see that there are rest rooms. There are no potties at the BMVs in Indy. When you are in line for hours, I assure you, the lack of rest rooms cranks up the frustration level. Writes check #4 (glad I brought a new book of checks) and waits for my picture to be taken. Further surprised that no one asks for my proof of insurance and I'm allowed to *gasp* smile for my picture. Indiana uses some facial recognition software so everyone's driver's license looks like a prison id.
Whew.
After all the running, I stopped to get gas and some lunch with an accompaniment of an adult beverage.
Buckle up Ohio. I'm home. 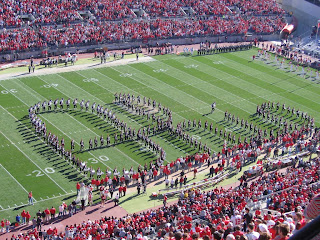 Posted by Cleveland Chick at 1:52 PM