I had to repeat that several times and reread the article because it sounds absolutely absurd. The Big Man played ball in college and even played for the New Jersey semi-pro team for a couple of years. The day before he was to show off for a Browns scout, he crashed his Buick into a tree and never played football again. A few years later, Clemons met some scruffy looking guy named Bruce in a club on the Jersey Shore (I'm quite sure it was Snooki-free at the time) and the rest is rock and roll history.

When it comes to finding what you *should* be doing in life - the job or profession that is your true calling - sometimes you can only find it on your own... without a map, without a gps, but instead by trial and error, making wrong turn after wrong turn along the way. Some wrong turns are better than others I freely admit, and may be kinda fun (ok, a lot of fun), but they are still wrong in a sense.

I've had a wide variety of jobs, some that I have enjoyed significantly more than others. I've worked as an administrator in Higher Educaton (I liked that), Retail (would you like a belt with that?), a bartender/server/restaurant manager (liked/hated that) and I have worked in non-profits, just to throw a few categories out there. I've always fantasized about being the person with a 9-5 job. Working hard and then enjoying the weekend until Monday. Going in somewhere, punching the time clock and my widgets and moving on. In reality, I'm not that person. 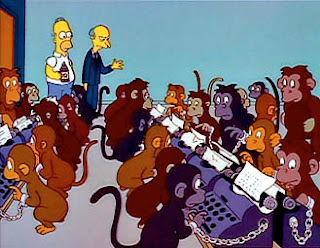 I have tried though. Tried to be the good little worker bee. It never seemed to work out.

As I have gotten older, it occurred to me that the problem is that I want to do something with my life. Now, before anyone gets the wrong idea, I don't have grandiose ambitions of curing cancer, saving the rain forest or figuring out how cow flatulence is contributing to global warming.

Don't get me wrong, those would be great and wonderful things to solve.

Just not for me.

What I have found is that in my jobs, I have enjoyed making a difference, as "pass the cheez-whiz" as that sounds, it is true. So, moving on to the non-profit world, seemed like a perfect fit. But, not all non-profits are equal. Some are more mission driven than others and some have a more compelling mission than others. I'm sure this is a topic for another post, but, some jobs have been a better fit for me than others.

And then it happened.

It has taken me almost two years, but I have finally found a job in Cleveland. I'm working at a non-profit where I'm directly involved in making Cleveland a better place...a better community.

I've been unhappy for a very long time with my career. And maybe it has been the hundreds of prayer chains that my mom has put me on, or my sheer desire to be home...but *whispers* things are working out.

It almost scares me to say it, but I'm happy with my job. I enjoy the people I work with and they all seem to enjoy what they are doing....which is always an added bonus. Most importantly, I see every single day the impact that we as an organization are making. For the first time in my life, I feel like I can truly improve the life of someone else by simply going to work. Every day, I see the importance of what I do. Not just me as a singular person, but me as a part of a team working together toward a common goal.

On a trip to Dublin Ireland years ago, I was in the Guinness Storehouse, picking out various trinkets for friends and family. My arms were overflowing with shirts and mugs and knickknacks and general stuff when a young man in a Guinness Staff shirt came up to me. With a smile and a wonderful accent, he asked, "Would you like some help?" I thanked him profusely and said how grateful I was for his assistance, as he helped me gather my things that were quickly falling all over. He said something that years later has still stuck with me.

As I thanked him, he smiled and said simply, "Hope comes from unexpected places."

Posted by Cleveland Chick at 4:18 PM