Much like Cleveland's Dan Gilbert, you are not only an owner of an NBA team, you are a fan. You understand that nothing can unite a city quicker than a win from their favorite team. Or bond them in misery with a loss.

You also love the game.

You cheer and yell and shout yourself until your voice is silent. You are passionate and vocal about your team.

As fans, we appreciate that. We are more than a dollar sign in the seats to you. We respect that. We are your friends and neighbors hitching along for the ride.

If there is a bad call, you are with us asking the ref if he forgot his glasses. But, like you, we want the game to be fair.

That, sir, is what made The Decision from LeBron and his pals so frustrating. It wasn't fair. It wasn't the way the game is supposed to be. LeBron and Wade didn't want to work hard and build a team. He wanted one out of the box. It's the difference between building a beautiful bookshelf with your own hands or buying one at Wal-Mart.

Cleveland loved and supported LeBron James and overlooked his poor behavior in the quest to win a title. We were blinded by the far off glint of a trophy.

You have shown us all that hard work and a true love of the game can triumph over greed and selfishness.

A short cut is just a quick way to get lost.

Thank you sir and congratulations to the Mavericks! 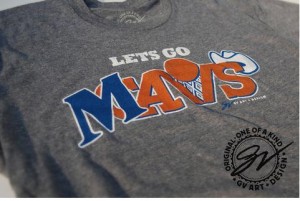 Note: In honor of Cavs owner, Dan Gilbert, this blog is in comic sans. As much as it hurts my head, it was the right thing to do.

Edited to add: This post was in comic sans and so was all of the other posts in my blog. I was forced to change it back.

Posted by Cleveland Chick at 12:14 AM