About 8 years ago, I had a beautiful, fantastic apartment in downtown Indianapolis. It was in an old historic building, with thick cinder block walls. There were days that I thought I was the only one that lived there. It was perfect. And then... the Library bought my building. I was evicted by the Library during their expansion.

I then lived in a craptastic apartment in another part of town, which resulted in someone stealing all of my towels. There are few things more violating than having your wet towels stolen out of a washing machine.

My friends told me to think about buying a house. The thought scared the beejezus out of me. Let's face it, when you buy a house, it is usually with a 30 year mortgage. 30 years.  I started to casually look at houses and I found the perfect condo. Right downtown, in the middle of a historic neighborhood. The price was right...but I had cold feet. I mean...30 years. I got goosebumps when I toured the property. But, 30 years.

Stressed out over mortgages and long term obligations, I went back to my craptastic apartment and noticed a leak in my bathroom ceiling. I called maintenance and went to bed. I came home from work the next day, there were massive chunks of wall cut out, through out the apartment where the maintenance guy must have been looking for the leak. My horror intensified when I went into the bathroom to see he had cut out a 3 foot section of the wall, revealing black mold. Everywhere.

Exasperated, I flopped on my couch and yelled out, "OK Universe, if I'm supposed to buy that condo give me some kind of freakin sign!"


This is the point of the story that I need to caution you to be careful what you wish for.
With God as my witness, after the words tumbled out of my mouth I heard a crash in the bathroom. I got up and quietly poked my head around the corner. I was shocked to see that the entire ceiling above the bathtub had caved in. Thankfully, it all fell into the bathtub, but the entire section above the tub was now *in* the tub. I quietly stepped away and called my realtor to buy my condo.

My condo has been perfect. Well, as perfect as it could be for not being in Cleveland.

For those of you that have followed me on twitter (@clevelandchick), you know that I have been trying to get back to Cleveland for the past couple of years. When you own a home, it is tougher to pick up and leave. There were so many times that I just wanted to bolt out of Indianapolis and move home and get a bartending gig until I could find a job. With an apartment, you can do that. It isn't so easy with a house.  I have muttered to myself numerous times that homeownership bites weenies. I know, that isn't a very ladylike thing to say, but owning a home in Indianapolis and living with my parents is taking a toll.

I have spent more money fixing the place up for someone else than I have for me. I've had plumbers and electricians and more plumbers out to the house. New hot water tank. Update the furnace. Install new pipes. Buy a new dishwasher.

I'm starting to feel like my place is never going to be sold and I am going to live with my parents forever. I'm still happy to be home and I know I made the right decision, but if the Universe wants to intervene again and send a buyer over, I would totally be cool with that. 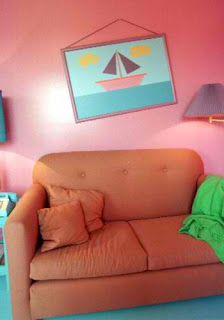 Posted by Cleveland Chick at 5:38 PM

Email ThisBlogThis!Share to TwitterShare to FacebookShare to Pinterest
Labels: personal