The NBA is in the midst of a lockout with the possibility of the owners and players coming together to save the season just as likely as me winning the powerball.  The fight is billionaires (the owners) vs. millionaires (the players) and I'm sorry, but I'm having trouble finding sympathy for either side.

The NFL lockout almost cost a season and more importantly the fans. The players seemed to get that, and it was not a point lost on the owners either. If you lose the fans, you lose everything.  I'm not sure that the NBA however, understands that.

Last word was there needs to be a resolution in the next day or so or the first NBA game we will see will be at Christmas.

Maybe everyone needs to sit out. Go to your corners until you can be good boys. There are several things that infuriate me about the lockout. What honks me off the most is the effect it is having on everyone else. I don't care if the owners or coaches miss a couple of paychecks. But, there are more people with something on the line. When you go to a game, look around. Look at the restaurants and bars...they brought on extra staff for the game. On your way to the stadium, look at all the parking attendants, police officers, security. In the stadium, all the ushers, ticket takers, hot dog makers, cocktail shakers. The guy running up and down the sections hawking beer and peanuts. The people in the merchandise stands. There are a lot of people that depend on the games for their livelihood.

In the current economic climate, people that are struggling to keep their homes and families together are not inclined to hear the whining of people that make more in a game than they will in years.

Keeping that in mind, I am more than a little ticked off at the Cleveland Cavaliers right now.

Let me backtrack for a moment.

If you are a regular reader, you know I have a *ahem* a few days on my hands right now.  I was downtown and I thought it would be a great time to see if I could get a Cavs locker room tour. The tours have been advertised outside of the Q and inside the team shop. I've been on the Browns and the Indians tours already, and they were interesting. The Browns was the most expensive (10 bucks I think) and the least informative. Don't get me wrong, you get to see everything, but there aren't dedicated tour guides. I think my guide was some intern during his second week.

The Indians. Whoa. The Indians have a tour guide staff that, I am confident in saying, know everything. These ladies have it down. If was in a situation that I needed to phone a friend on Indians stats, these ladies are the go to.

I figured the Cavs would be somewhere in the middle.

As I mentioned, I was downtown and went into the Cavs team shop to see about a tour.

The girl behind the counter didn't have any times or information, but she was nice enough to call for me. She got transferred around and the person that she ended up with told her, "I don't know."

I thanked her for calling for me and I looked around the store. When I looked up at the flashy monitor, the number for Locker Room Tours popped up. Call! So I did.

I called the number and the gentleman that answered the phone seemed a bit bewildered when I asked about a tour. I repeated again that I was calling about a tour.


*note to readers, this would be the point my little buttercup that you should buckle up*
He told me that the tours were really for season ticket holders and that he didn't recognize my area code.

A bit irritated, I told him that I was calling from my cell and I wasn't really interested in tickets right now until I see how the lockout shakes out, although I had been to numerous games last season.

He told me again that the tours are really for season ticket holders and everyone was leaving for Canton but sometimes they do tours on Friday, but they are for people buying tickets and he could call me next week to talk about tickets if I wanted.

I told him that I was going to be in and out of town and I would call back some other time. He said, "ok, bye." 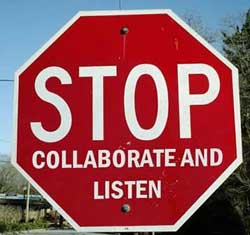 Let's evaluate this situation for a moment.

With that in mind and the thought of "dear God we have yet another rebuilding season," the Cavs are playing hardball with tours that they advertised? I don't mind paying for the tour (the other teams have the fees go towards their respective foundations) and I don't mind hearing a little about season tickets during the tour.

I had considered getting Cavs season tickets this year, if for no other reason than to watch LeFoolio choke and to see the Mavaliers, but, on second thought, I'm not that stoked to see where Samardo Samuels leaves his dirty socks.

The Cavs can keep their bait and switch tour. I'll just buy tickets on Stub Hub, I'm sure it will be cheaper.

Posted by Cleveland Chick at 12:40 PM