Colt McCoy - To Play Or Not To Play? 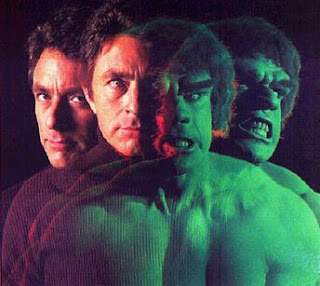 After watching the Browns play on Thursday night, losing to the dreaded evil Pittsburgh Steelers, I am once again angry.

I am angry about losing.

I am angry about losing to Pittsburgh.

I am angry that Colt McCoy was put back into the game after receiving a devastating helmet to face mask hit by James Harrison after being on the sidelines for only two plays. I understand that football is a rough sport and guys are going to get hurt. But what Coach Shurmur did was irresponsible and idiotic.

This past year, the NFL started to take concussions seriously after being pulled in front of Congress and being whacked with a lawsuit by over 120 former NFL players. The players were claiming that NFL was not doing enough to protect them from and inform them about the potential brain injuries they could suffer from concussions. The players were claiming that the NFL didn't care enough about their safety. I don't know if that was true or not, but after seeing the game on Thursday night, I firmly believe that Coach Shurmur doesn't care about player safety...that or he is painfully ignorant.

Shurmur claims that McCoy told him that he was OK and wanted to get back into the game. Shurmur took him at his word and put him in. It doesn't take any medical knowledge to look at McCoy after the hit and see he got his bell rung. His eyes were glassy and he looked out of it. That is what I could tell from my couch in Cleveland. How the training staff on the field didn't see that, I don't know. I'm sure that like math, their jobs are hard. Trying to determine if a player is fit to go back or not. The pressure of trying to win a game. Trying to win a game against Pittsburgh.

In April, a news story circulated that players were sandbagging their concussion tests so that they could play. Even the future Hall of Fame quarterback Peyton Manning admitted he has tanked the tests so he could play.

With the weight of this game and the season on his 25 year old shoulders, did it not occur to the trainers that McCoy might want to compete so badly that he would say anything to get back into the game?

The training staff are professionals. I understand that, but can they truly properly diagnose a concussion in the course of two plays? Not to sound crass, but the Browns were not playing in the SuperBowl. For crying out loud, it wasn't a playoff game. Was it worth the risk of Colt McCoy's career for this one game?

Posted by Cleveland Chick at 2:34 PM