Matt LaPorta Needs His Mojo Back 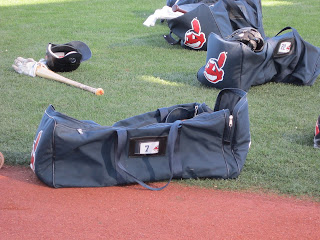 I think I have figured out Matt LaPorta's problem.

In case you didn't know, I am a big fan of the Cleveland Indians' Matt LaPorta. I have been pulling for him since he came to the team, but my good wishes and shouts of encouragement from the stands have not been enough.&nbsp; This week LaPorta got sent down to Columbus and I've been smacking my head against the wall trying to figure out what the problem is.

In college, LaPorta played in the College World Series, was SEC Player of the Year twice and he even was on the Olympic team, bringing home a bronze.

The guy has talent.

For some reason, he just isn't getting it in the Majors and I figured out why. 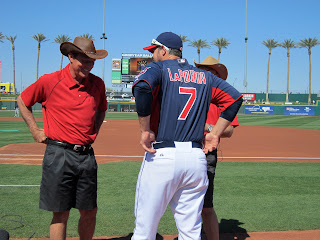 After watching LaPorta for a couple of years now, he seems like a nice guy. A fun guy to have around. At Spring Training he is joking around and smiling.

In comparison, take Travis Hafner. Especially last year in training camp, he was focused. If he wasn't up, he was talking to coaches or he was watching his teammates practice. The guy was all business. Don't get me wrong, he would still chat with the other guys, but only when it was appropriate.

And I think that is part of LaPorta's problem. He isn't focused. As painful as it is for me to say, he isn't taking the job seriously.

If he would buckle down and focus, I think he could get his job back and in the process, get his confidence back.

Until he can get his act together, he is going to be just another major league bust.

Posted by Cleveland Chick at 12:36 PM