Is Age A Factor For Brandon Weeden?

Brandon Weeden was selected as the Browns in the first round of the draft, presumably to take the place of Colt McCoy. The biggest beef that fans have had about Weeden is his age. People are moaning and groaning about  how he has a limited shelf life. He only has so many good years fans are whining.

Come with me down memory lane to see the Browns quarterbacks since their triumphant return in 1999. 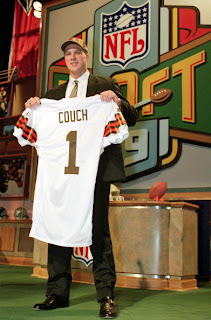 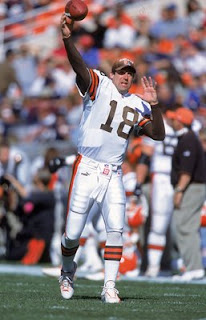 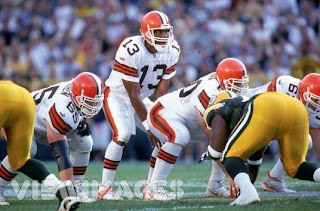 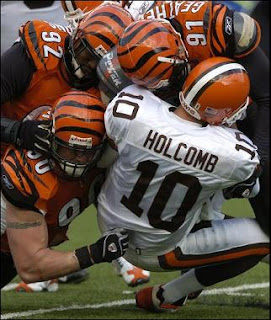 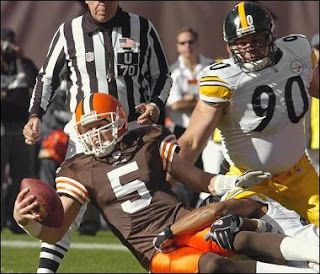 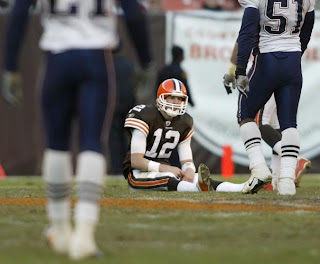 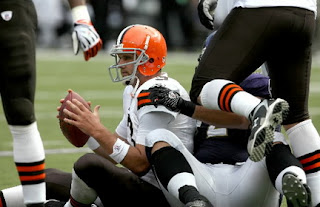 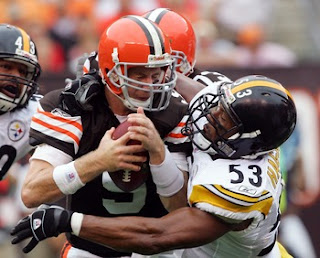 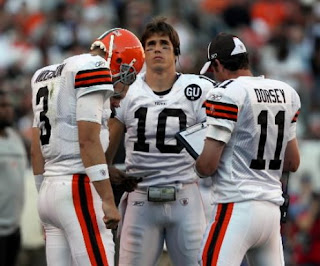 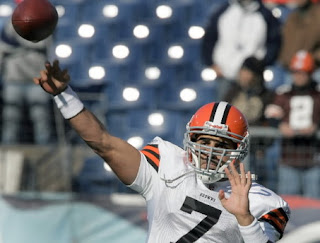 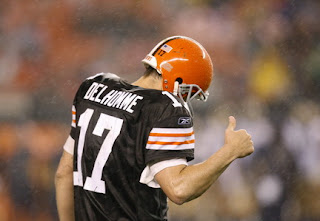 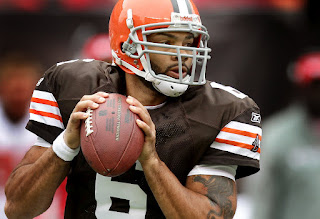 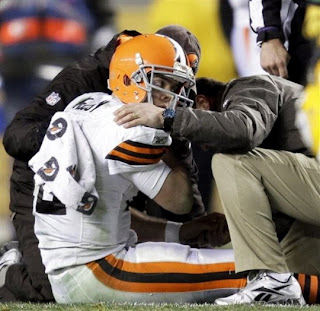 The life of a Browns quarterback has been extremely limited. If Weeden can give us even 5 good years, I'll take it. Fans need to stop acting like the next Browns qb has to be the second coming of Bernie Kosar or the world will end.

Weeden has great potential. I think he is leaps and bounds above Colt, and let's face it, if you thought he was going to come back after that concussion, you got hit harder than he did.

What I like best about Weeden (besides his size, arm strength, accuracy) is the fact that he is a fierce competitor. He knows what it means to be a professional athlete. He wants to win.

Best of all, he was damn happy to be picked by the Browns.

We will see in the fall.

Now, can we get back to our first place Cleveland Indians? 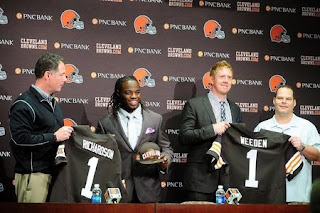 Posted by Cleveland Chick at 11:19 PM