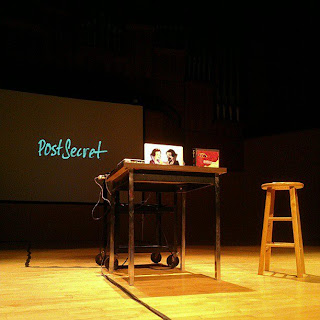 PostSecret is one of the reasons I love the internet.

Frank Warren, who has been called the most trusted man in the world, started PostSecret in 2004 as an art project.  He walked the streets of Washington, DC, handing people blank post cards and asking them to anonymously mail their secrets to him. Yes, it sounded kooky.

But then something amazing happened with the postcards...people did. People started to send funny ones and sad ones. Lonely secrets and heart breaking secrets.

Perfect strangers shared with Frank via postcard times that they stopped themselves from committing suicide, or the aftermath of someone that did kill themselves. One of his first powerful secrets was a postcard of a hole in a bedroom door. It was from when the person's mother tried to break it down to continue beating them. Frank said after he posted that card on his blog, he received busted door after busted door, each with the sentiment that they weren't alone.

The most popular secret is "I pee in the shower" to which I say, "eeew."  But beyond that the themes are much more real. Apologizes of past wrongs, things that someone never had the courage or chance to say.

At Cleveland State, Frank shared some of the secrets form his books, and explained how he started the project. At the end, there was time for some of the audience members to share.

The first young lady shared something like she once peed on her boyfriend. Ha ha. The next girl, in a breaking voice punctuated by deep breaths and tears, told the crowd how another girl at CSU went up to her and told her to kill herself and get it over with.  One after another, these kids shared with the crowd in the only safe place they have seen, secrets of rape and molestation and abuse and almost suicides.

It broke my heart to hear one after another after another. It was bad enough that tragedy happens to people, but it is worse when they feel as though they must hold it locked inside.

These secret sharers all were looking for the same thing...someone to listen. You never know who needs it.

Here are a few sample secrets and you can check out new ones every Sunday on PostSecret.com: 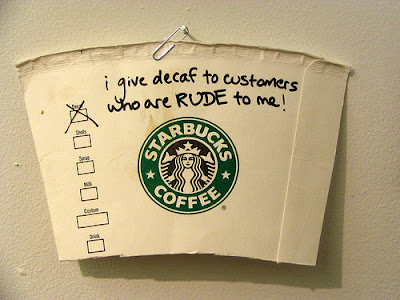 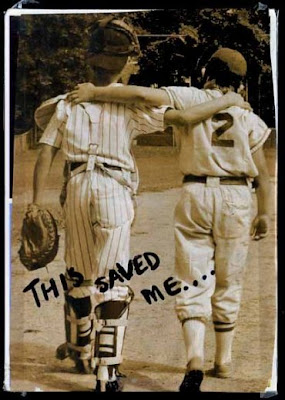 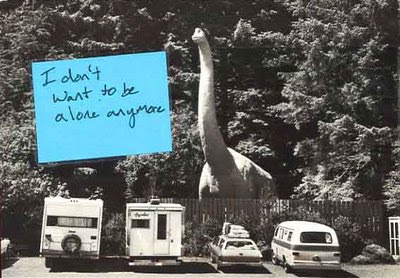 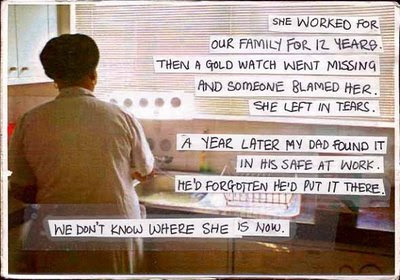 Do you want to participate? Send Frank a postcard with your secret: 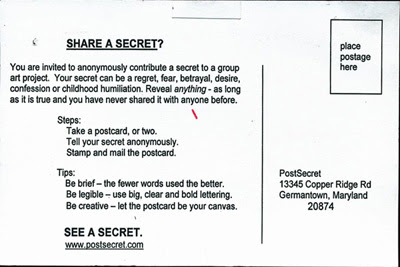 Posted by Cleveland Chick at 10:52 PM

Email ThisBlogThis!Share to TwitterShare to FacebookShare to Pinterest
Labels: postsecret