Who Has Klout In Cleveland?

The Indianapolis Star published an article today uncovering what athlete in Indianapolis had the most social media influence, so of course I wondered how Cleveland stacked up.

The Star looked at Klout and the scores of Indy athletes, so for fun I did the same. Before we go any further, let's chat about Klout. 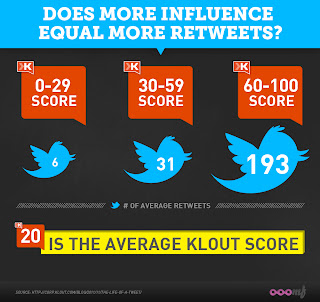 From the Klout website - The Klout Score measures influence based on your ability to drive action. Every time you create content or engage you influence others.

Some people love Klout (like me for the perks) and some people loathe it. We can debate it another time, so just for fun, let's see which one of our players is top dog.

The last thing that I would like to add is that I love all of our guys and they represent us well. I'm grateful that they open their lives just enough to us so we can peak in and check out their rims.Being a lifelong Cleveland fan, I openly admit I am giddy with excitement when a player shares something about the game or how much they love the fans.

I also freely admit, I am waiting for the day to run into Josh Cribbs at Applebees and he invites me to share some riblets with him and then Joe Haden picks up the check.

The Cleveland athlete with the highest Klout score at 68, is one Mr. Daniel Gibson, affectionately known as Booby or Mr. Keyshea Cole (just kidding).  Since September of 2010, he has tweeted over 6,000 nuggets of wisdom, photos or videos.

Gibson has almost 130,000 followers and likes to his daily life with fans. He posts a few uplifting snippets and likes to drop in some tweets about God.  Gibson also interacts with fans, which is important, especially in Cleveland. 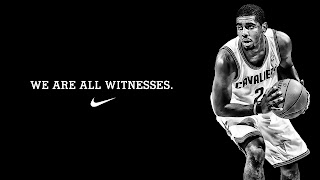 Not to be left in the dust, Cavs' rookie Kyrie Irving has the second greatest number of any Cavs player at 65. Kyrie started the twitter thing in June 2011 and is a more selective tweeter at almost 1,800 tweets.  Almost 159,000 fans follow him, and they are treated to pictures of his swag and of his friends.  Kyrie is fun to follow because you can see how excited he is to be a rookie in the NBA...and a Cavs player.

Barely coming in second place for all the Cleveland athletes is Josh Cribbs. Josh has a Klout score of 67, and there isn't a significant difference between Josh and Booby. Josh has been chatting with fans on Twitter since July of 2009, and has shared all areas of his life.

In my humble opinion, Josh is the most fan friendly, accessible Cleveland athlete on Twitter. He has contests for fans sending them autographed pictures and cards for trivia contests. He shares his vacations, cars and family through photos. He even tweets when he is going to be at Applebees.

I think all 109,000 of his followers will tell you he represents the city of Cleveland well and is a hoot to tweet with.

Joe Haden scored a respectable 60 from Klout. Tweeting since February 2010, Joe is a fan's dream. Not only does he tweet his shoes and Browns stuff with his 82,000 followers, he takes an interest in them and is engage. Just like Josh, Joe has a connection with fans. And it is more than just tweets to him.

Joe can be seen at Cavs games and all around the city, supporting Cleveland. He has easily won the admiration of Cleveland fans with his sincere cheers of the city. Joe embraces Twitter and his followers, that can't help but make you smile.

The Indians had another close run for top Klout dog.  Jason Kipnis has a score of 62, and showers his 23,500 followers with retweets galore. The best part about Jason is he will directly address the fans in one tweet and then tweet an inside joke to another Indian. For a guy that has been on Twitter a little more than a year, he is getting the hang of it.

Last, but never least is the guy with an arm like a f***ing cannon, as he tweets. Perez's score is 61 and he has earned it every bit as he is the only guy on the list to be fined for a tweet. Chris mainly tweets his song of the day and back and forth with 35,500 fans. Chris has a great relationship with the Tribe fans, even when they go over the edge about a lost game. 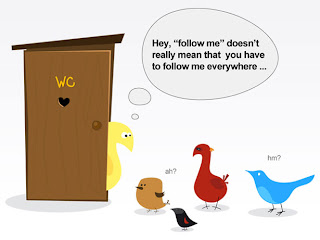 Posted by Cleveland Chick at 3:54 PM