When Will Indians Fans Show Up?

You can't flip on sports radio or turn to the Indians game without hearing about the attendance. Where are all the fans sportscasters cry. Wrong sport, but I can't help but hear Mike Holmgren yelling about not asking for playoff tickets later on.

The Indians are in first place, yet the Tribe is in last place in the majors for attendance. Where is everyone? What is the problem and is it a big deal?

This is a small segment as well. I'm not sure that the causal fan knows anything more than the name "Dolan."

This argument is hooey and out the window. 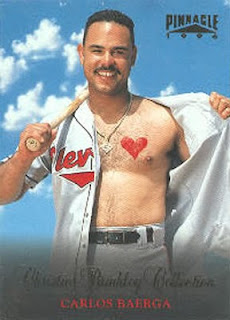 The next argument is that the Indians aren't for real. That this winning streak is going to bust apart like last year, so why bother.


Instead of enjoying great baseball and umm...winning, sit home on your couch and grumble as your pull cheese doodles out of your chest hair.

I think that there are some fans that are so used to losing (thank you Browns), that they can't enjoy a winning streak. We are all too young to be that jaded.

While I don't agree with this, I can at least understand it. It is never a bad time to watch a winner, so get out there kids. 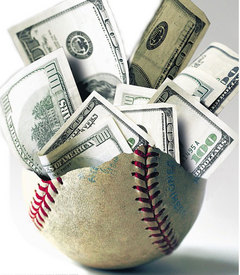 I think it really comes down to money. Fans love the Tribe, but going to games costs some cheese. This season, the pundits have been comparing the fans' butts in seats compared to the Indians of the 90s. For those that may not have been around, that was a time that the city of Cleveland was without the Browns. That was also a time that people had more money burning a hole in their pocket.

For me, I have gone to fewer games this season for a variety of reasons. I went to Spring Training, and I bought an ill advised season ticket package for the Cavs. I can make it to a few a month, but let's face it, my bling has blanked out.

I am incredibly appreciative of the Indians and the $10 bleacher ticket package. But, let's face it, you can't just pay $10. On a mid week game, with the new casino and all, I have had a tough time finding parking under $10. So, let's say I don't want to walk a mile and I cough up $10. I am now $20 into the game. 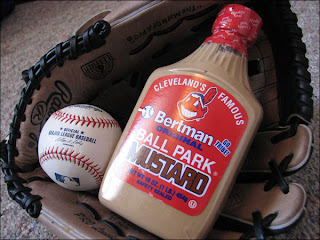 And, let's face it, I'm not made of stone people, so I would get dinner at the game, conservatively, a soda and a dog. So that takes me around 30 bucks. I readily concede I have spent more than that on wings. But, with 81 home games, as much as I love my Tribe, I can't make them all.

I wish I could, but I can't break out of my cube for a day game.

As the season mores forward, I will probably make it to 20 games or so. If I didn't go to any Browns or Cavs games, maybe I could make it to more, but right now, until I find that tree dropping leaves of twenties, that is the best that I can do.


I think more fans will pile into the Jake as the season continues on. Let's be easy on fellow fans. Think about it for a second, the economy is a black hole and money is tight. If I budget my funds and can only afford to take my family to 10 games, I am going to go to 10 games that are bright and sunny and have a premium.

I know that there are hardcore fans at games rain or shine and to them, I say God bless. I also say, give the rest of us a break.