The Challenge Of Chris Perez 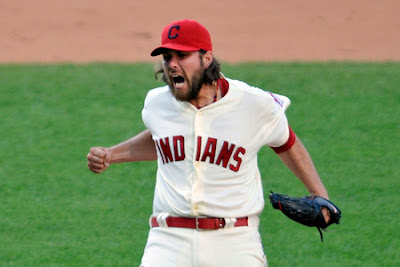 Once again Chris Perez has fired up the Indians fan base. A month or so ago, Chris Perez went off about how the fans don't show up for the games, blah blah. It created such a ruckus that it resulted in him being hauled into the Tribe front office on a Sunday morning.

Perez is right in that the attendance is down and could be better. I covered the issue here and here, so I won't rehash why I think Tribe attendance is less than desirable.  The issue was covered.

Then, Perez talked to the New York Times. Once again, Perez badmouthed the fans. But this time, this time, he pushed the issue off the tracks and sent it careening down the mountain side into an ammo dump ending in a fiery explosion.

“That’s what I don’t understand,” Perez said. “Their whole thing is, ‘We want a winner.’ Well, why do you support the Browns? They don’t win. They’ve never won. They left. You guys blindly support them. I don’t understand it. It’s a double standard, and I don’t know why."

I'm not sure where to even begin with this, but this is a key issue in Perez's lack of understanding of Cleveland fans. 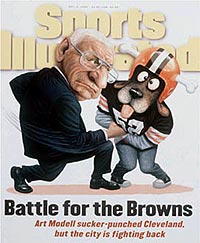 As Sports Illustrated pointed out, Art Modell  sucker-punched Cleveland when he took the Browns to Baltimore. Cleveland fought and clawed to finally get a team back. Fans have a connection to the Browns, holding on to the days of the Kardiac Kids and Bernie Kosar.

Cleveland is a football town. Always has been and always will be. That will not change.

Browns fans have 8 home games to look forward to, while there are 80 Indians home games. It is fair to say that Tribe fans, even the most hardcore, are going to sit home and watch at least half the games from the comfort of their couch. Perez isn't taking into account that while fans are watching on Sports Time Ohio, which has a deal with the Indians, they are in part paying a portion (albeit tiny) of his salary by sitting around in their pjs. 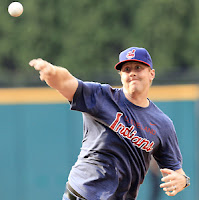 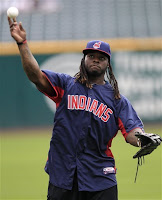 All that aside, Perez isn't considering that he is a part of the problem.

Since he attacked the Browns, lets talk about the Browns. The Browns players are all over the city, supporting a variety of causes and other Cleveland teams. Recently, Browns rookies showed up to the Indians game and threw out the first pitch. 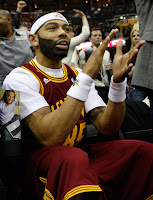 Who could forget Joe Haden, fake beard and all,  sitting court side decked out head to toe in Cav's gear? What about Haden and Josh Cribbs going to the NBA Draft selection with Dan Gilbert?

Cleveland loves the Browns not only because they are our football team, but because we *know* them. Members of the Browns are visible in the community and they seem genuinely happy to support the city and are appreciative of the fans.

That is the problem with Perez and the Indians. No one really knows the players. Sure some of them are immersed in social media, but they aren't social. When was the last time Indians players were at a Cavs or Browns game? I honestly can't remember.

Let's go back to Joe Haden for an example. The Cavs were at a low point when he jumped in to support the team. He fired up the fans because he knew that Cleveland fans are ... Cleveland fans.

As quick as Perez was to gripe to the New York Times (NY? Really?)  he could have jumped in to improve things with the fans. Instead of lambasting Cleveland fans for not filling the stands, he could have said, "We need you to be there!" Yes, Perez started giving away a few pairs of tickets on twitter, but that doesn't cut it. That gesture isn't big enough.

Some fans believe that Perez has to hurl the ball and win the game and that is the end of it. Sure, that is the main part of his job description, but what about the other duties as assigned that we all have?

Chris Perez has the potential to be something so much more than what he is now. Hopefully he will see that before it is too late. 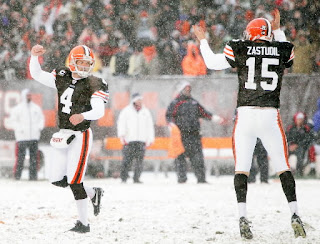 Posted by Cleveland Chick at 9:59 PM