In the late 80s, my awesome aunt took me to Record Revolution on Coventry in Cleveland.  It was cool and hip and just the place my parents would never take me. The place was full of records...actual record albums and cassettes. They also had racks of "cool" t-shirts of bands and witty sayings. My favorite was the "Defend Cleveland" shirts. They were rough and to the point.

I was in love.

Years later, the city is full of upstart companies capitalizing on Cleveland pride, and I am completely OK with it. Here are some of my favorites, in alphabetical order... 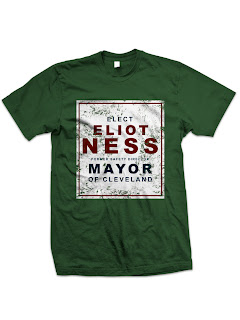 C.L.E. Clothing
C.L.E. Clothing has a lot of CLE stuff, 216...you get the point. By far my favorite is the Eliot Ness one, so mark that on your Christmas list kids.

Daffy Dan's
In the 70's Daffy Dan's started with the catch phrase, "If it doesn't have DD on the sleeve it's just underwear!" They were the first (that I know of) to show Clevelanders the pride they can show with a t shirt.  I personally love my "Cleveland You've Got To Be Tough" shirt. You can go to their store on Superior and I think Big Fun can make you one on the spot. 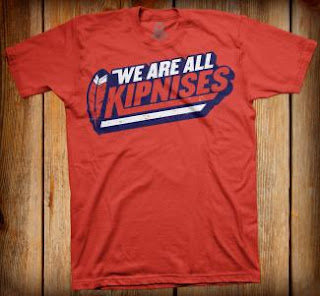 Fresh Brewed Tees
I have several of these shirts. You can go on their website and get your Cleveland swag on. The cool thing about these guys is that they sell officially licensed player stuff. So when you buy me the Phil Awesome Dawson shirt for Thanksgiving, you know Phil knows.

I can't wait to wear my "We Are All Kipnises" shirt to spring training. There is always next year y'all. 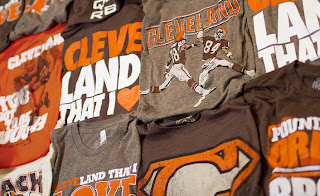 GV Artwork and Design
I think I have paid for his new shop opening soon in Tremont. Not only does he have great shirts for Cleveland, he is also affectionately known as the Etch a Sketch guy.

The OKCLE shirt for the playoffs was cool and let's face it, he is tops in my book after creating the "Lyin King" shirt. 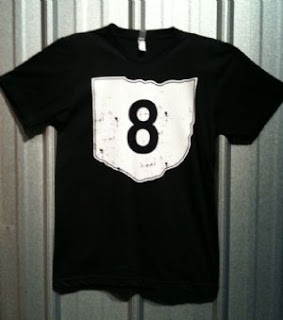 Did I forget anyone? What is your favorite Cleveland shirt?