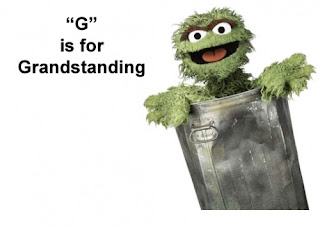 Now is the time for the Cleveland Indians to trade Chris Perez. If we trade him now, we should be able to score a nice chunk of change and in return the Indians unload the team's bad penny.

"But he speaks his mind!" some fans cried. "Perez says what everyone else was thinking!" others threw in.

There are many, many, many times that I want to speak my mind but don't. There may be a situation at work and I keep my trap shut. As an adult and functioning member of society there are things you don't say - people you don't kick under a speeding bus - because it is ignorant. If I caused as much of a mess at work as Perez has done, I would quickly have a pink slip shoved in my ear as I am shown the door.

As a *professional* you keep some things to yourself. There are things you may talk about in the privacy of your inner circle, but you do not take to the world at large. Let's not forget, Perez is an employee of the Cleveland Indians. The main part of his job is to be our closing pitcher. But...as well all have other duties to our jobs...he has to go to Indians events, meet and greets, etc. Again, part of that is not talking garbage about your employer.

"But Perez wants to be a winner! He is just passionate!" fans barked. And to this I say he also, in my opinion, threatened that if he didn't want to win, he would have faked an injury. Umm...what? Yes, not once, but twice, Perez has offered to the media that if he didn't want to be a part of the team, he could throw a game or fake an injury. I don't know about you, but I really appreciate when my accountant tells me that she could steal all of my money and move to the Bahamas if she wanted to, but she doesn't so she is going to keep my money safe. For now anyway.

Perez blamed the collapse of the season on Manny Acta. True, I was not privy to the locker room speeches and inner conversations, but I do know it wasn't Manny swinging the bat. It wasn't Manny bungling a double play. Perez blamed Acta for not treating the players like men, saying they could handle it. This is coming from a guy that can't take a little twitter criticism from fans. And no, I don't mean the fans telling him to eat a poo pie The Help style. Legitimate fans called him out and he blocked them.

The most frustrating thing about Perez is he criticized Manny for the same thing he is guilty of...not being a leader. Instead of embracing the other Cleveland athletes that came out to support the Tribe, he belittled them and wondered aloud for the world to hear why the fans would back the Browns for example.

Perez has the stink of bad attitude permeating from him like the Peanuts character, Pig Pen. Does anyone ever remember him supporting anything Cleveland related? Going to another team's game? He admonished fans for not going to games, but did he ever ask them to show up? The fight he got into with the A's fan...what was he even doing over there? Major league ballparks are big places. Instead of focusing on one opposing team fan, how about signing an autograph for an Indians fan?

Now that Manny is gone, Perez said everything will be good now. Well, that is until the next thing...