Phil Dawson To The Pro Bowl

Phil Dawson is one of the most accurate kickers in the history of the NFL. He is the only remaining player from the Browns reboot in 1999. Dawson is first on the Browns' list of all-time field goals made. He ranks second in Browns' history with career points. He is fifth in the history of the franchise in the number of games played. Dawson holds the Browns' single season record with 30 field goals made in 2008. And for the love of all that is holy, the man scored all 15 points in the game against San Diego.

Why am I rattling off some of his stats? Simply put, the man needs to go to the NFL Pro Bowl. In 14 years, he has never been selected, and that my friends, is a travesty.

As Cleveland sports fans, year in and year out we are subjected to pain that is out of our control. Whether is is the knuckleheaded decision of our players to behave stupidly or flat out poor performances. With all of the heartache associated with all of our named segments on the infamous Cleveland sports fail reel, let's all take control of our fate and have something to cheer about.

The NFL has opened voting for the Pro Bowl, so let's make this happen. You can vote as many times as you would like and it is incredibly simple. 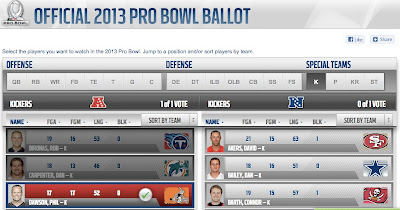 Then, you click on Phil's picture and once your vote has registered, there is a check mark. You are almost done. Scroll to the bottom of the screen and submit your vote.  See how easy this is? 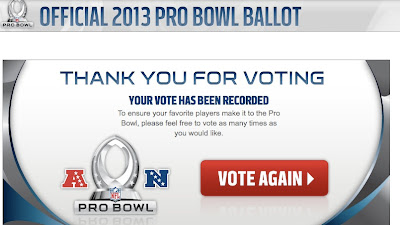 Once your vote has been recorded, the NFL thanks you and gives you the chance to vote again. So do it. Vote 4, 40 or 400 times.

Phil needs your vote. Let's show Phil that we are thankful that the kicking gods shine upon Cleveland.

At least something does. 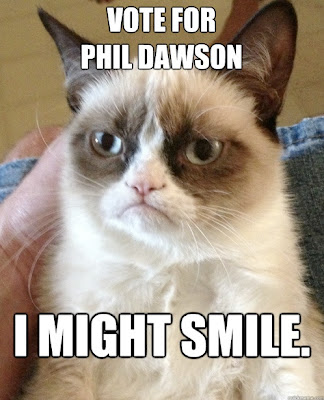 Posted by Cleveland Chick at 4:56 PM