To Buy Or Not To Buy Online

Last year, I went on a  rather unfortunate trip to Atlanta in which my boss, made us traipse through out the city with our luggage. My poor bag went bouncing down cement stairs, sidewalks and across a grassy field. That was it. After 15 good years, my Eddie Bauer rolling bag gave up and refused to ever travel again.

Flash forward (which was an awesome show by the way) to today, where I am panicked trying to plan my trip to Arizona for Spring Training. If there is one nugget of wisdom that my age and experience has taught me it is that life is too short for cheap luggage (and shoes for that matter, that's a bonus). I learned this particular lesson in a painful fashion trying to drag an over stuffed garment bag through the Atlanta Airport (I am sensing a theme here) during construction for the Olympics. I have no shame in telling you I was sobbing while dragging that monstrosity around. All because I thought I was too cool for wheels.

If you learn nothing else from me, take this...invest in at least one good piece of luggage with wheels. There will be a point that you will thank me. Maybe it will be a far off business trip or the dream vacation. But there are few pains more preventable than the strap divot from a shoulder strap.

I consider myself a savvy shopper and found the perfect bag at Eddie Bauer. The LL Bean one was a close second, but all of the Bean reviews were complaints that the bag would flop over and couldn't sit, and I don't need that. The two bags were the same price, but I found out Eddie Bauer didn't offer free shipping. Boo to that. When a google-fu search for online coupons turned up nothing, I sent a quick message to Eddie Bauer and said if they give me free shipping, I'll buy the bag. Otherwise, off to LL Bean I go.

Eddie Bauer of course, gave me a one time shipping code and I giddily placed my order. 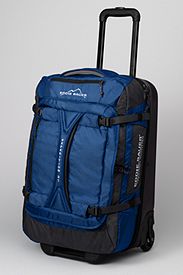 Then, I received an email that it was back-ordered. Then, it went on sale, then it was back ordered again. Grrrrrr. I cancelled my order and started calling stores and imagine my surprise that they were in stock. AND less expensive.

The same bag, if I didn't bother to ask for free shipping online would have clocked in at around $175 (including tax), was only $120 (including tax) in the store.

I know math is hard, but that is a $55 difference on the exact same item. I don't know about you but $55 is a heck of a lot of pierogies.

Have you ever come across something like this? Whew.

14 days until I put my new bag to use. Not that I am counting or anything... 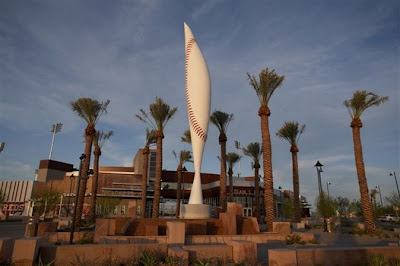 I have some amazing news to announce.

Well, news I think is amazing. It is the type of news that falls into the once-in-a-lifetime-you-never-know-unless-you-ask – like-your-mom-always-told-you category.

Lucky for me, they answered – and said yes.

So favorite friends, while I am in Goodyear, AZ for Indians Spring Training in March I will be writing several posts for the Indians for their blog, Tribe Vibe.  It will be stuff like how to get an autograph to what it is like at a Spring Training game. There will be some surprises in there, so stay tuned.

I should add that the Indians aren’t funding my sunshiny baseball adventure. I will already be in Arizona with my best friend and my pop for Spring Training.

I’m very grateful for the Indians to let me take this opportunity and run with it.

Check back here and on TribeVibe in 17 days.

Not that I am counting or anything… 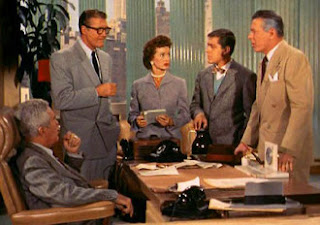 One night after a high school football game, I went to Bob's Big Boy with a group of friends. My crush had his best friend with us, and this guy yapped on and on about his philosophy on tipping. It was very simple. He didn't. He was trained by his dad that  people working in restaurants made enough money and if they didn't want $2.13 an hour, they should go get a real job.

At the time I remember thinking that was a jerk thing to say.

My shifts at Damon's throughout college affirmed my high school thinking.  It was a jerk thing to say.

As a server, I dealt with people that were less than pleasant. Sure, there were a few nice souls, but I still have barbecue sauce drenched nightmares of guests yelling because I brought them barbecue sauce, or I didn't bring enough barbecue sauce or I filled their iced tea too much. Shudders.

When I was a sever, we did not have the internet to publicly shame bad behavior. We had to gripe about it to everyone that would listen in the server alley, go into the the freezer and punch some french fry boxes and then continue our gripes over an oil can of Fosters at the TGIFridays after the shift. People could go from restaurant to restaurant and no one would be the wiser that they were a non-tipping fool.

The internet has changed that all. A 30 second post can shame a guest or get a staffer fired. A short tweet can earn you a comped steak or unleash the internet hounds on you.

Enter the Applebee's-eating-Pastor-gate.  A Pastor went to her local Applebee's and happily chomped down her meal with her group of friends. After, she scrawled on her receipt, questioning why she had to tip in a most obnoxious fashion. Another server saw it, snapped a photo and posted it to the all seeing internet. The Pastor was ridiculed and shamed, and the server was fired because the Pastor was ridiculed and shamed.

For the record, both parties were wrong. The Pastor (which is a woman) was wrong for being a cheap jerk (more on that later) and the server was wrong for posting it with the customer's personal information, a not cool move. Also not cool if she signed a social media policy.

Also for the record, I have no problem with public shaming - it seems to be the only thing that works these days, but it is hard to completely support the server if she violated policy *and* the personal info thing. Maybe it is the previous restaurant manager in me coming out, but the server should have known better.

Now the Pastor, she should have really known better.

People that don't tip irritate me like spiders, Bobby Flay and cold soggy french fries. Let me share an example with you. When you go to a restaurant, you are paying for more than the food. You are paying for someone to make it, someone to clean after you, someone to bring you the food and refill your drinks, someone to make your drinks...sounds like a lot doesn't it? For those of you that have never been a server, let me share a secret with you. The server doesn't get to hog the tip all for herself. Nooooo my friends. A server has to tip out the busser (the person cleaning and setting the tables among a million other tasks), the bartender (even if you didn't order booze, in some places it is anything liquid comes from the bar), and on some nights, the server also has to tip out a food runner.

Here is the secret part, servers have to tip out based on their sales, *not* their tips. So if a server has a night of cheap skates, they are losing money by waiting tables.

Ouch.
Let me make it simple for you. I have a perfect example from, dear jebus, a long time ago. I had a table come in, two parents and two kids. They ordered kids meals, split an entree and one root beer with four straws. It was a slow night so I rolled with it and was nice to them, not even en eye roll at the one root beer/four straws request. At the end of the meal they thanked me for being nice (wow) and commented to my manager. We were all taking bets that I was going to score a 10% tip. I was shocked when I saw they left me a 20% tip.

My manager later came up to me to share that the family confided in him that they could only afford to go out once every few months and wanted to have a special night.They appreciated my kindness, especially with the root beer and endless loaves of bread.  Wow.

Maybe the best way to look at tipping it to listen to the immortal words of Mr. Patrick Swayze in the motion picture Roadhouse. 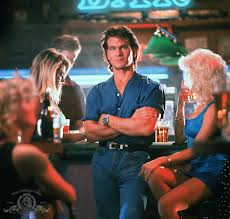 Posted by Cleveland Chick at 2:54 PM No comments: