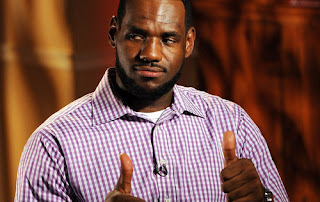 Three years ago, the city of Cleveland was on edge waiting for the self-proclaimed King to make The Decision. We all know how that worked out.

Here is what I am thinking about on the anniversary of one of the highlights of the Cleveland Sports Fail Reel.

What are your thoughts on this anniversary?