Ten Reasons To Get To A Tribe Game 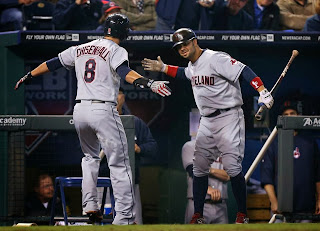 This is what we have all been waiting for, Indians fans. The Tribe are in the Playoff hunt and there are still empty seats at the ball park. I'm not about to bore you with all of the reasons fans give about not going.

Let's focus on ten reasons to go to a Tribe game during their last regular season home stand.

Nick Swisher
When I first met Swisher, I called him a hot dog. For him to be so fired up all the time, I imagine him shot gunning Five Hour Energy espressos. I have never seen anyone in all my life that loves their job as much as this guy. An amazing change for an athlete *wanting* to come to Cleveland. It doesn't hurt that he wrote a check for the fireworks at a game. And I'm certainly not mad that his bat is getting hot. 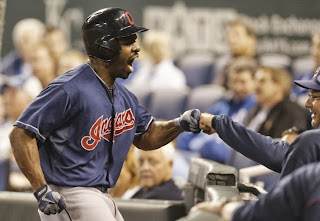 Michael Bourn
What can't this guy do? He can catch. He can hit. He is the first Indians player since 1999 that hit a triple and a home run after the 7th inning. He is the reason you do not go home early. 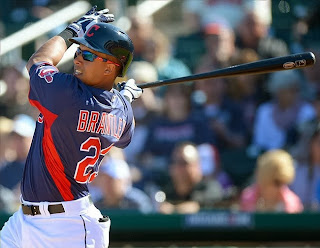 Michael Brantley
Dr. Smooth to you. If I had a fantasy baseball team, I would include this guy. Maybe the Indians should buy him a cape. The way he leaps into the air to snag a homer out of the air is amazing. 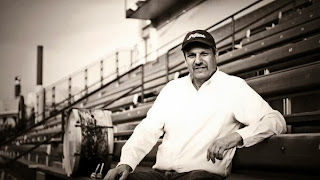 John Adams
There is no question of my love for the most recognizable Indians fan out there. His drum leads the fan charge for cheers and chants. Going to a game and not hearing his drum makes me feel empty and like something is wrong. It's like forgetting one sock. The guy has been to almost every game since 1973. What's your excuse? 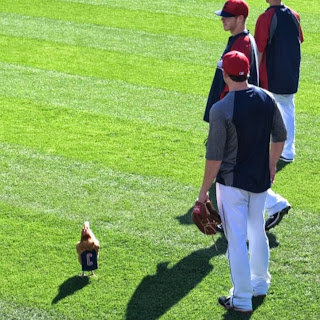 Cody the Rally Chicken
Justin Masterson came on to the field during batting practice with a chicken. Cody strutted around and motivated the team to beat the Orioles. These guys have a sense of humor. I like it. 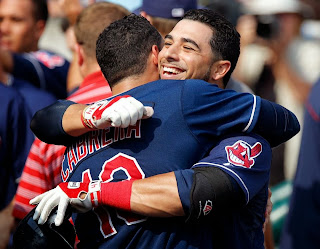 These guys like each other
There are no grimaces or frowny faces when another guy gets a hit. While you may think it is a chick thing to say, it shows that they are not on their way to an angry implosion. Look what happened last year with Manny. Ugh. 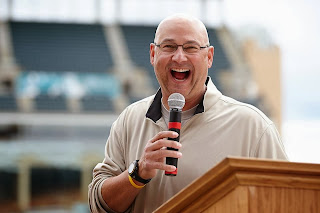 Terry has won before and knows what it takes to be a champion. I like that. 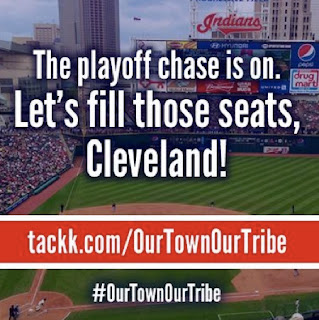 FREE STUFF
Ok, look, if you buy a ticket to the last home stand, you can use the stub to get in FREE to the Great Lakes Science Center or the Greater Cleveland Aquarium. 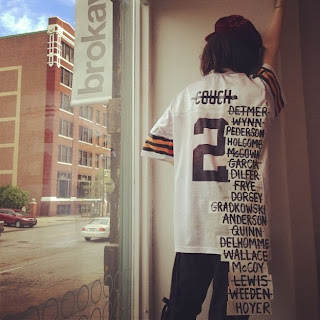 They aren't the Browns
Don't be all angry. I love the Browns too, but right now, well, let's face it, they are pretty poopy. The Indians are in the playoff hunt, a Wild Card spot in their grasp. We haven't seen this is a long time kids. Enjoy it and dvr the Browns game. We have the rest of the football season to look forward to. This is do or die for the Tribe and what we have whined and griped about. We have it. Let's show the world we deserve nice things and support our team. 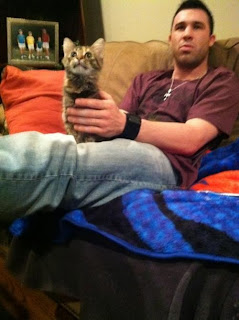 Jason Kipnis
Besides being an All-Star, a hard playing hit maker? He looks adorable with this kitten.


What do you think? What are your reasons for going to a Tribe game?

Posted by Cleveland Chick at 1:23 PM