This is the perfect day to post my Indians Spring Training Mega Post, full of pictures and snappy remarks. These are my personal pictures, so please do not yoink without permission. That is very uncool. 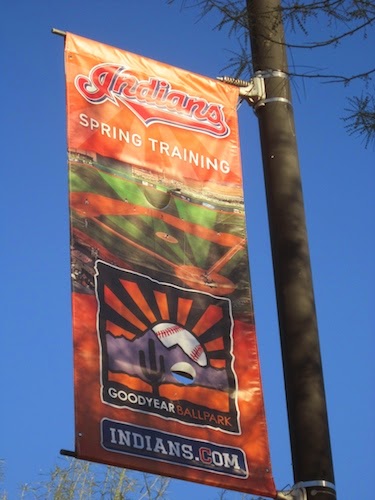 I have gone to Goodyear, AZ every year for Tribe Spring Training since the team moved from Florida.  Just in six short years, Goodyear Ballpark has been the March go to destination. There are more hotels, restaurants, bars and all around things to do, with more options added every year.

The view from the seats at Goodyear Ballpark is stunning. Palm trees, bright blue skies and baseball. I'll take it. I especially appreciated the view since I never thought I was going to make it this year. I got to the airport and was notified by security that my drivers license was expired (you can still fly with a expired id. Had no idea). At that very moment I had to try very hard to hold in all my tears, sweat and pee.

Thankfully, my friend that I was traveling with was able to get a rental car and be the chauffeur for the week. I was pleasantly surprised that Priceline was able to refund all my moohla except for $20.

Whew.
The travel unpleasantness aside, the show rallied on. One of the highlights of the trip was just hanging out at batting practice. It is free and open to the public, so you can wander around to your heart's content.

Depending on the day of the week, there may be few people hanging around or a couple hundred, all staking their claim for a chance at a home run ball. As you walk around the fields, there may be people stationed every 10 feet or so, a mixture of kids and adults, waiting to catch a ball.  You can watch the major leaguers or the minor league hopefuls.

There is a family vibe to the practice facility, in part to this guy, Rik Danburg. Rik works for the Indians and here in Cleveland, he is the guy that tries to negotiate that home run ball from your greedy paws. He also welcomes kids for their first Tribe game. Rik follows the team to Goodyear and is the Indians Ambassador, well, that is what I call him. Everyone that comes to the practice facility is greeted like a family member by Rik. I assure you that by your second visit, he will welcome you by name.

Scary tales about experiences at other parks floated down the autograph hound line. Hanging on the fence, you hear stories of kids being shoved out of the way and people knocked down for autographs. I chatted with some Rockies fans looking for Giambi, and after our conversation, I was certain they felt like Rik was their best friend. I don't know if the Indians truly realize what a shining star this guy is. If he was a grumpy old crank to the fans, it would be a very different experience. He has the best attitude out of anyone I have ever met.

If you had a great experience with Rik either in Cleveland or at Spring Training in Goodyear, I encourage you to nominate him for a Hospitality Star Award from Positively Cleveland. You can fill it out here.

Indians practice has a fly on the wall feeling. The team is there, with a job to do, and we get to watch. You can hear the chatter among players and I will be the first to tell you, Nick Swisher has another favorite word besides Bro. 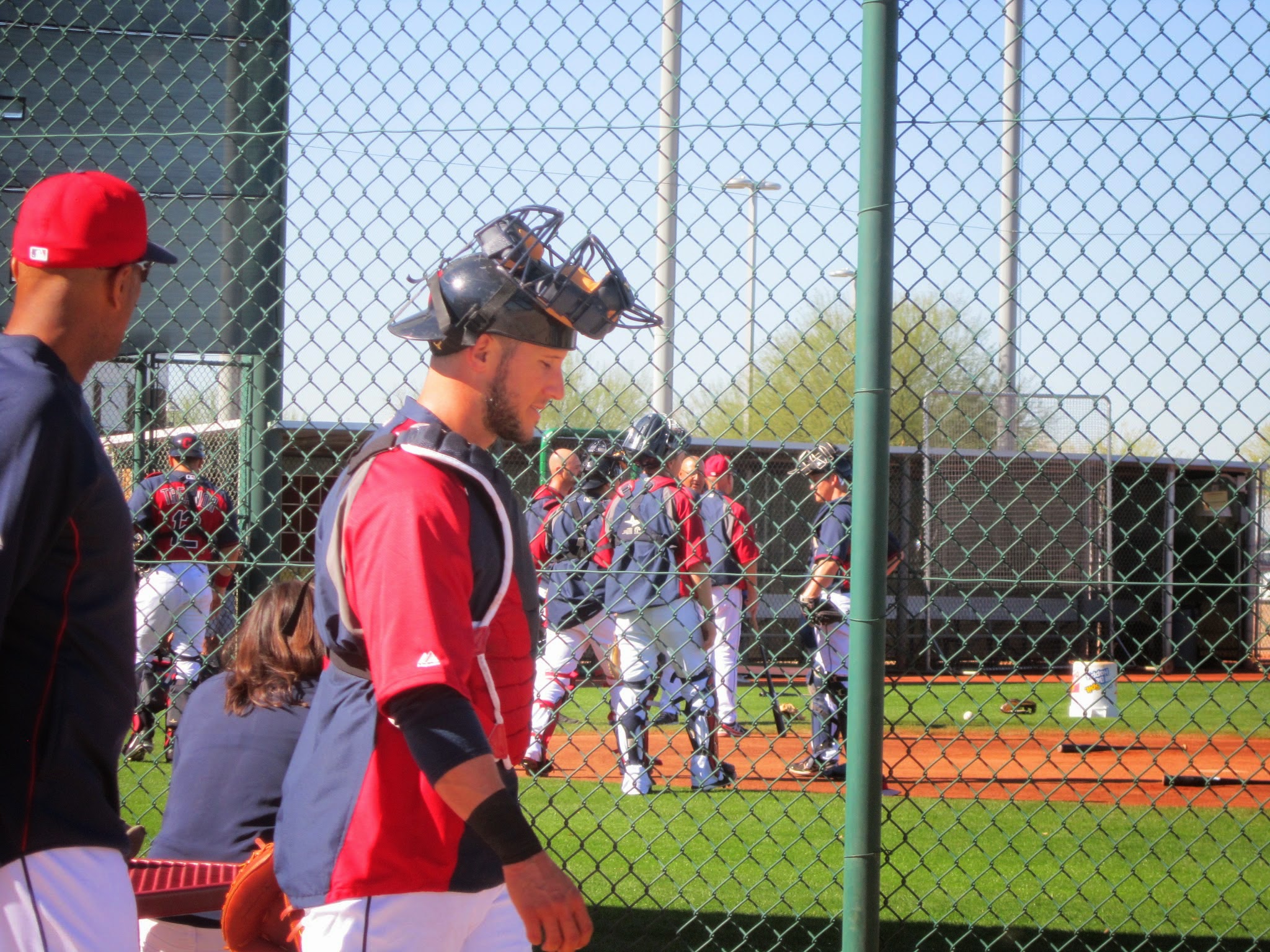 There are so many different angles that you can watch the practice from. I ran to the other side of the field, carefully avoiding what I thought were snake holes in the ground, to watch the catchers and pitchers walk by. Yan Gomes *swoon*

This year, I mixed things up a little and took a side trip to the Grand Canyon, which was on my pop's bucket list. I have never been so I scheduled a tour with Grand Canyon Jeep Tours. 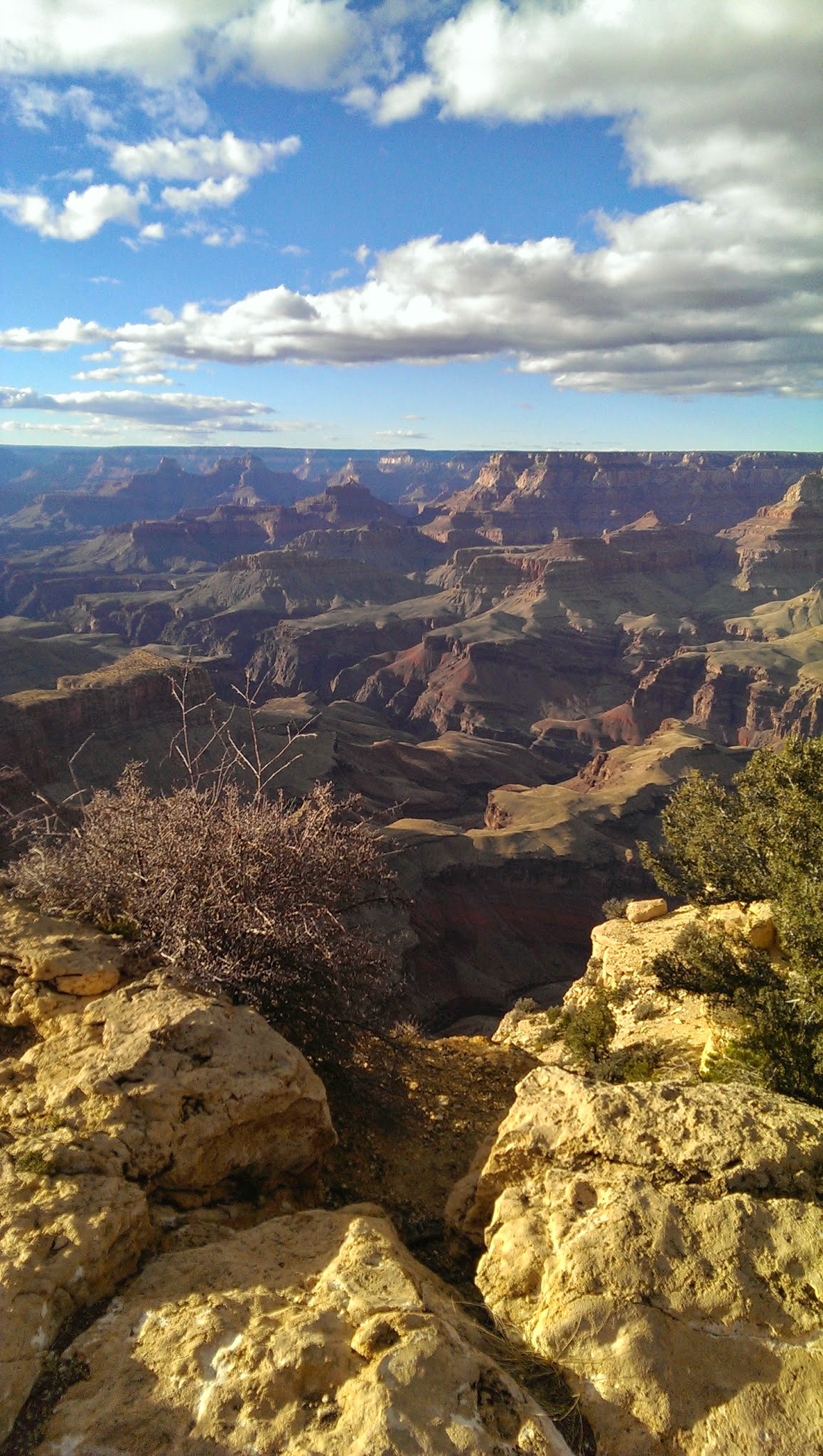 The Grand Canyon was more beautiful and awe inspiring than I had ever imagined. You can read about my whole adventure here. 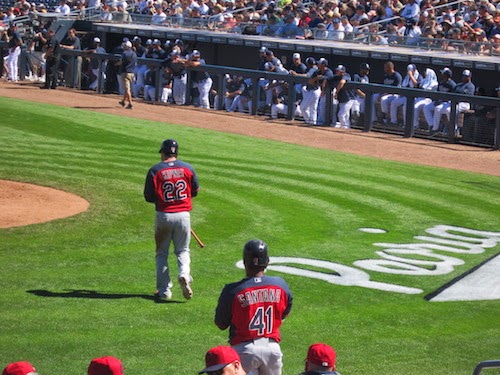 The only bummer of the trip was the Indians away games were at the same stadium. Booo. Peoria was an ok stadium, but I enjoy seeing lots of other parks. I wish we visited the Cubbies new park, but what can you do? 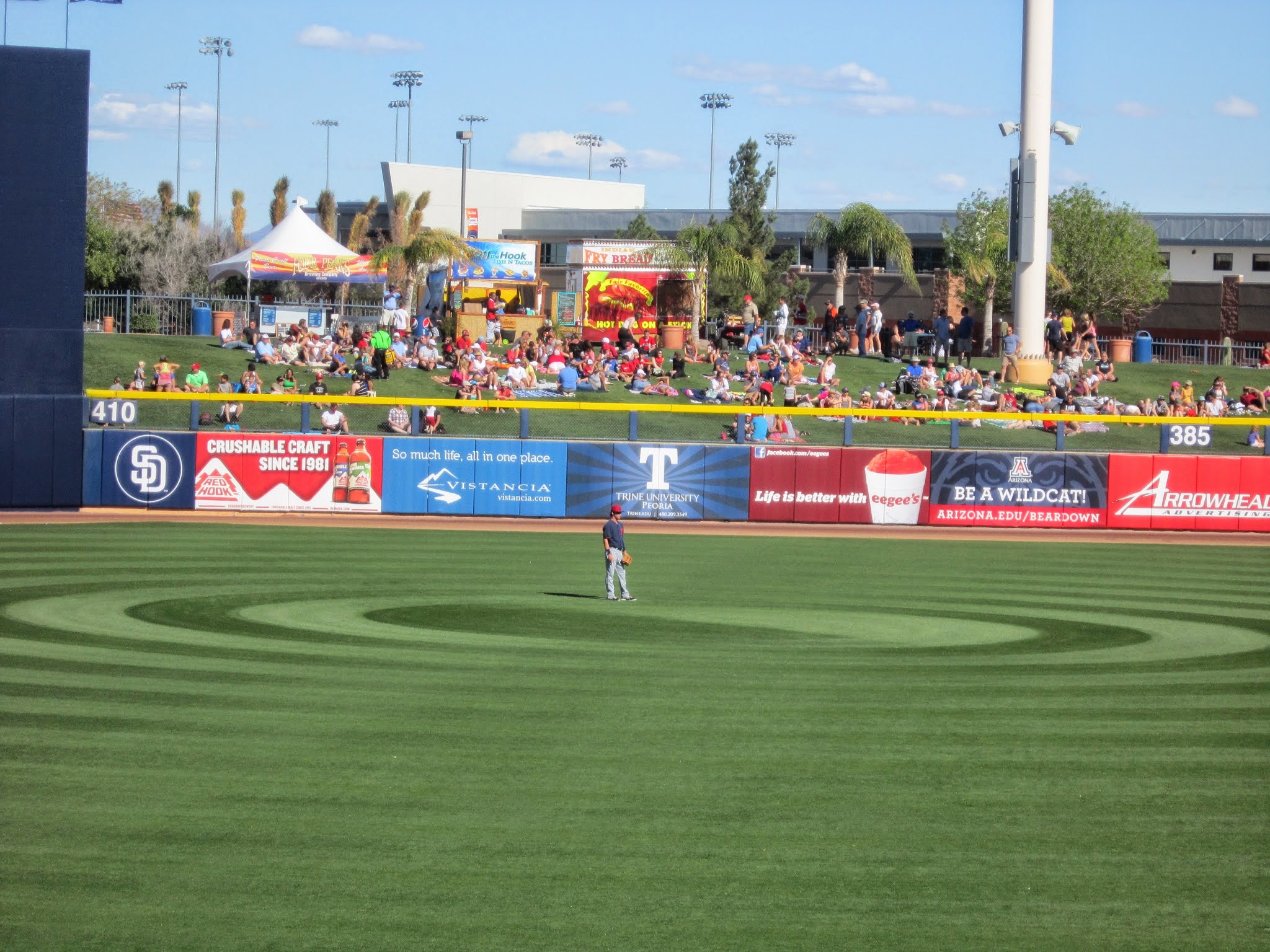 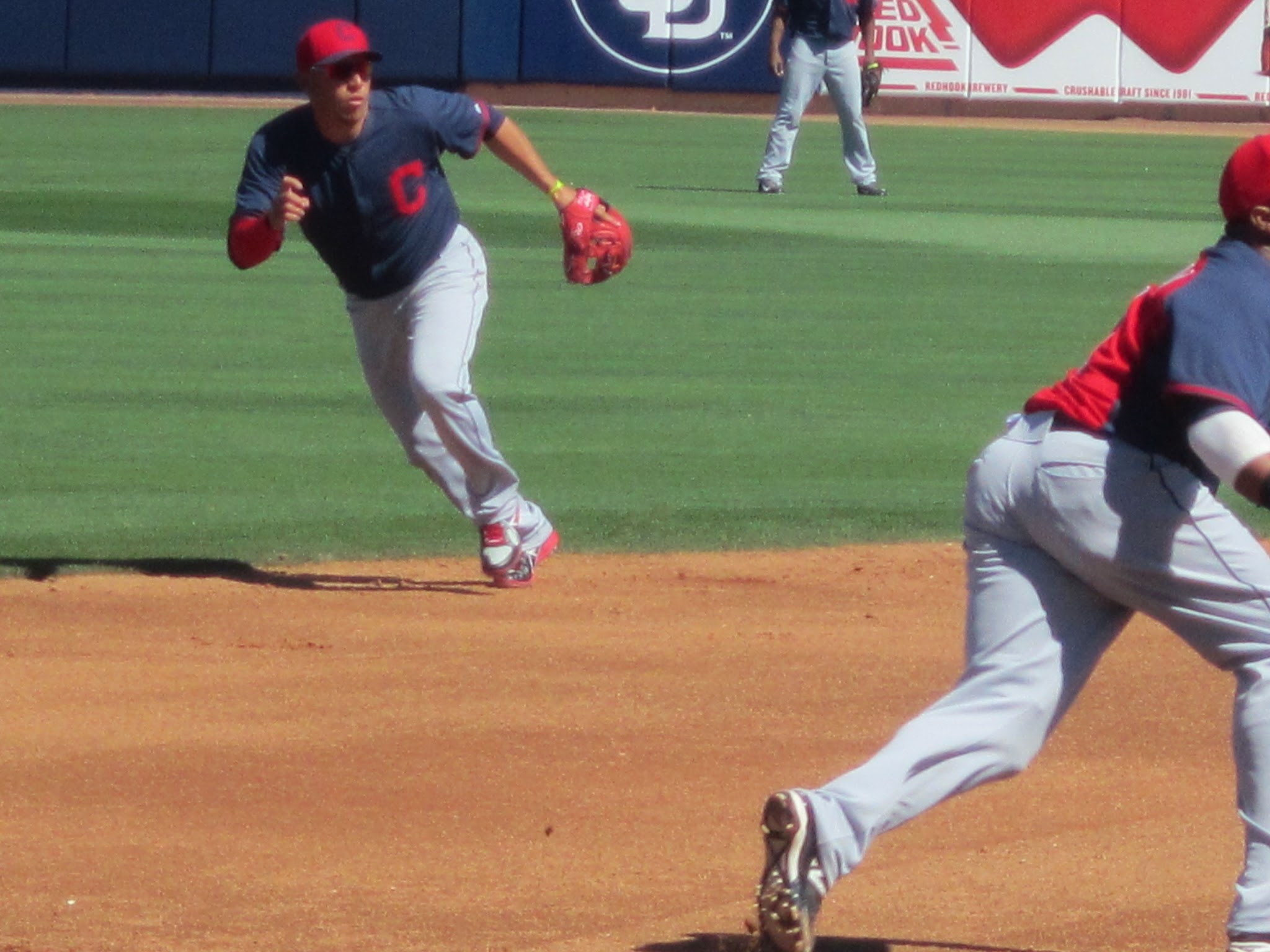 It is easy to get up close to your favorite players since most games aren't sold out. I'm a fan of wandering around the park, hopping in different, unoccupied seats. 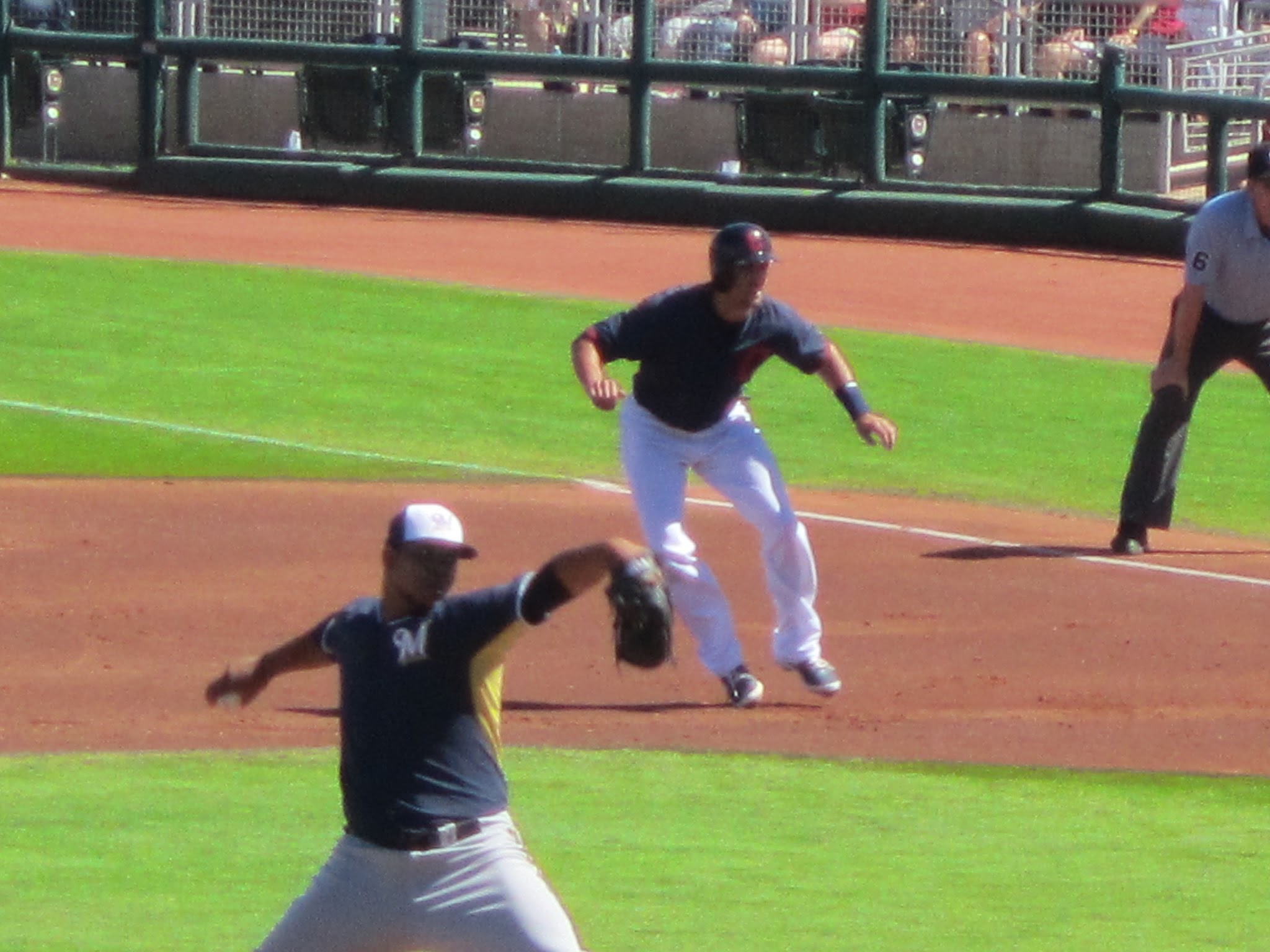 Lonnie Chisenhall in motion. I have big hopes for Lonnie this year. 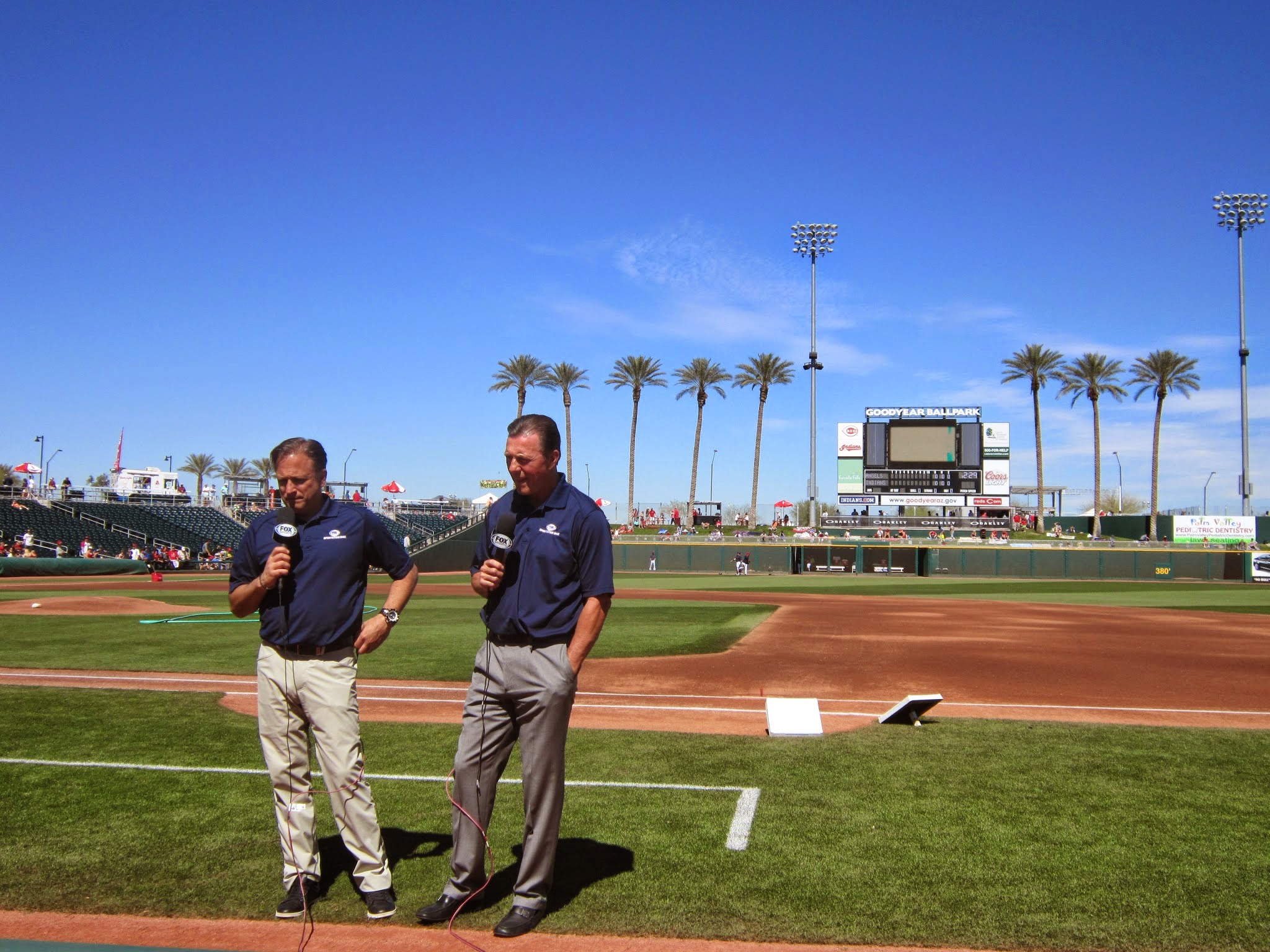 I love seeing a bit of Cleveland, with Matt Underwood and Rick Manning in the park. A favorite Goodyear Ballpark moment is when they announce the temperature in Cleveland. Ha. Ha. 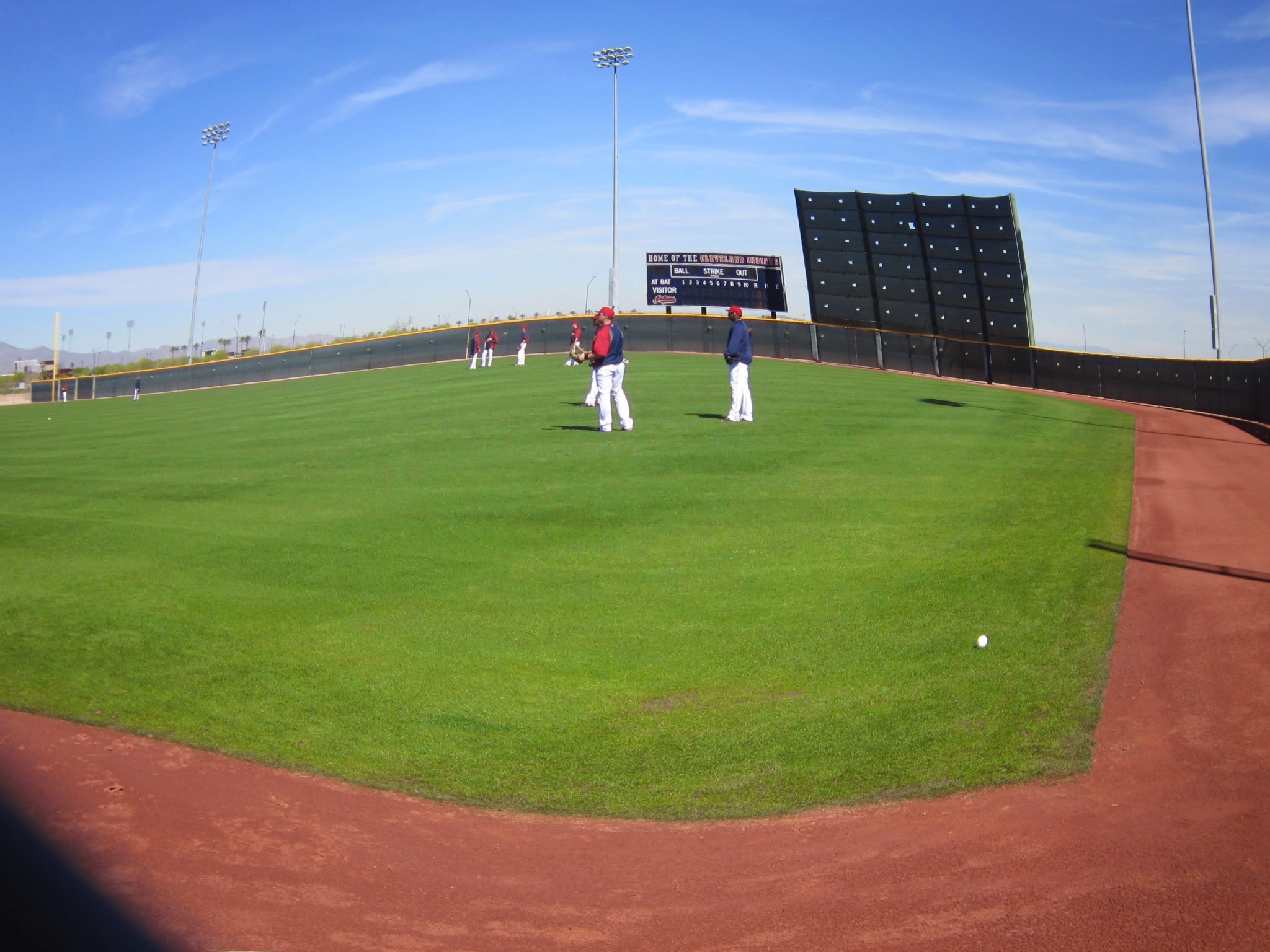 This is me peeking through one of the fences. If you are lucky, sometimes a player will just toss a ball over the fence to you. If you are super lucky, there are no little rug rats running around trying to take it from you. 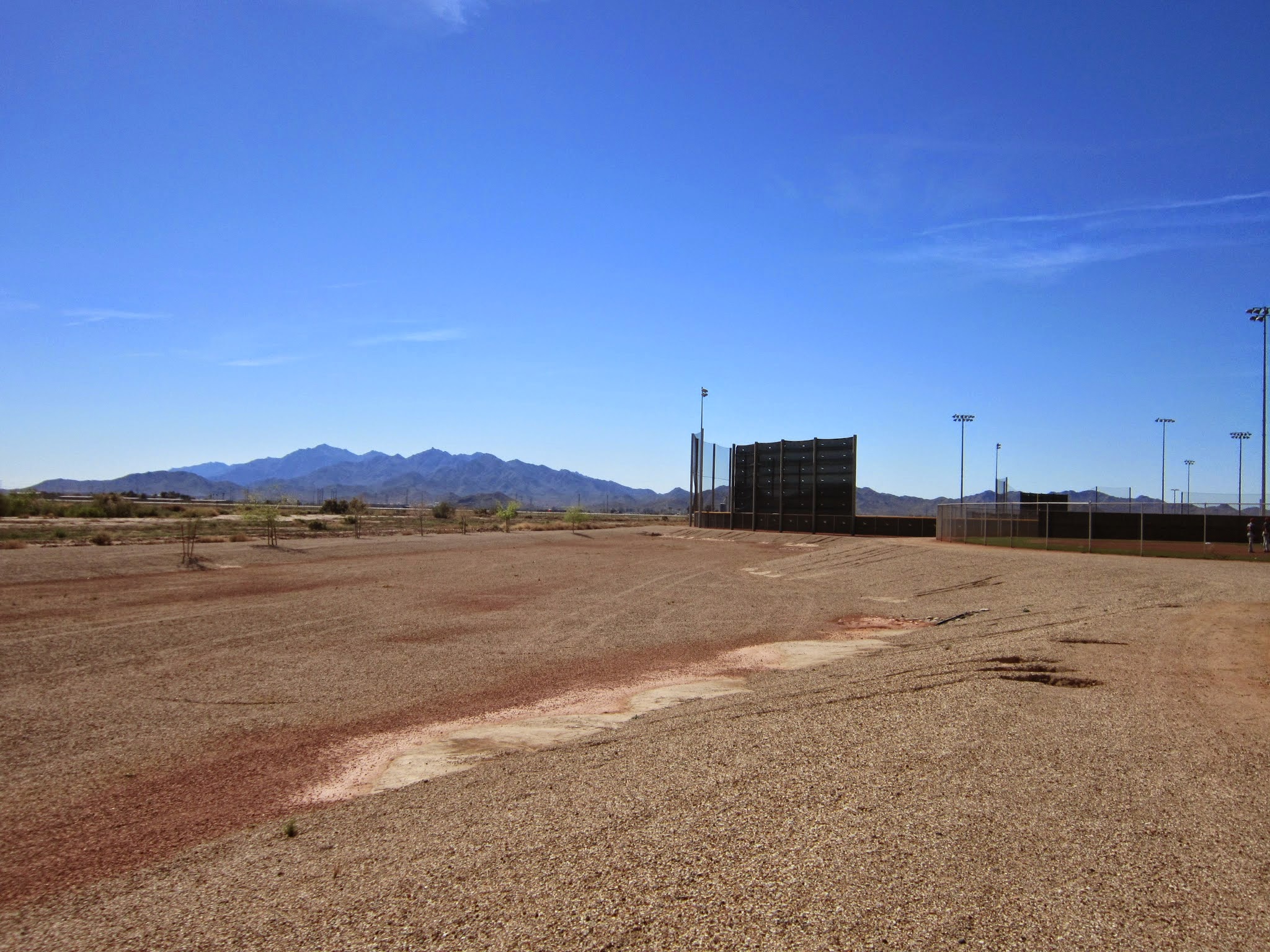 The practice fields are surrounded by mountains, nothingness and airplanes. The fields up ahead are for the minor leaguers. Better chance to snag a ball from those kiddies. 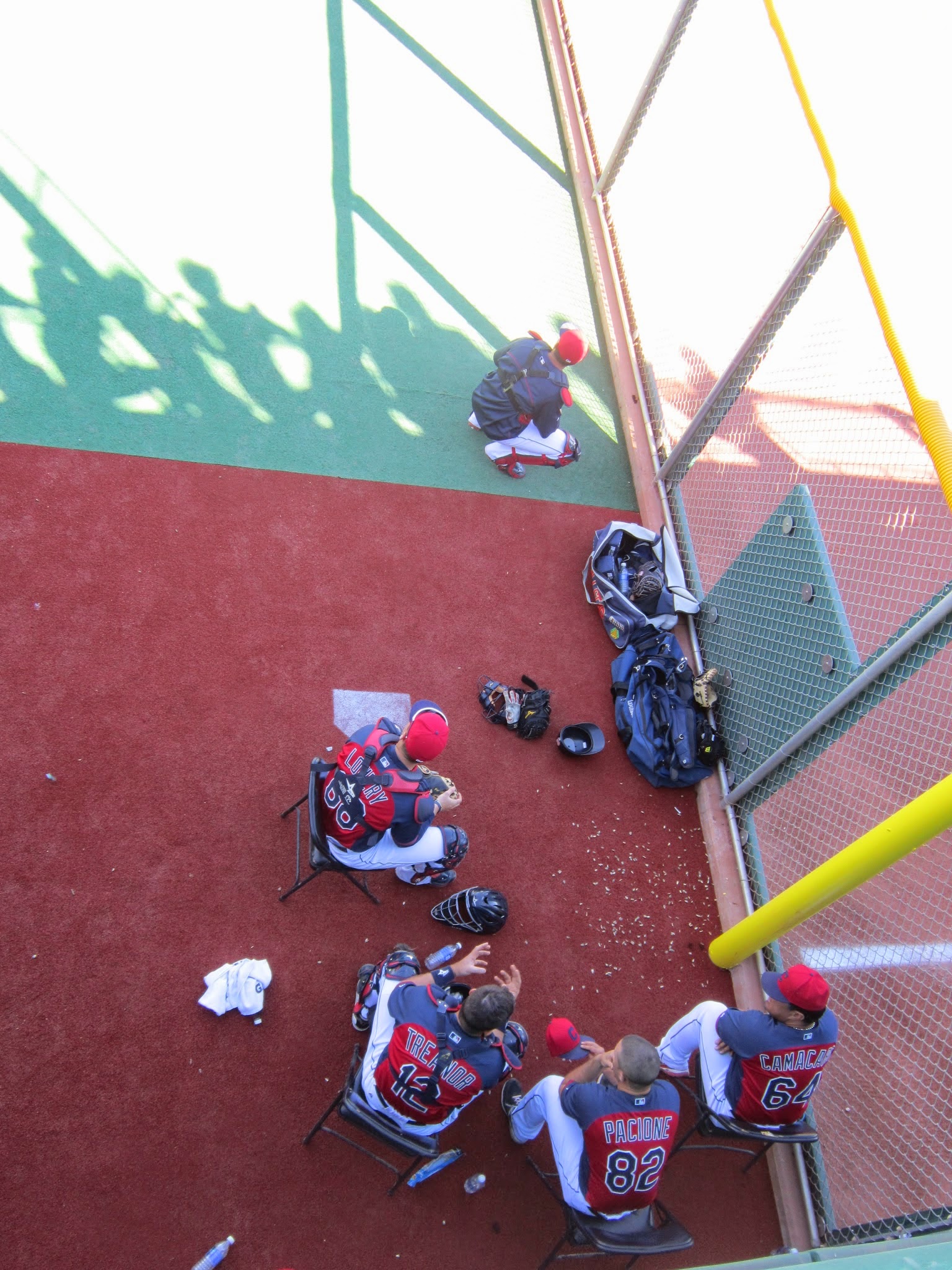 One of my favorite things to do at Spring Training is to get autographs. The first time, I wanted to get a bunch of baseballs signed. That bright idea resulted in a lot of balls rolling around. Now, I get one item for all the players to sign. It is a cool memento of the trip. I couldn't help it though, and had to get Nick Swisher to autograph my Brohio sign. 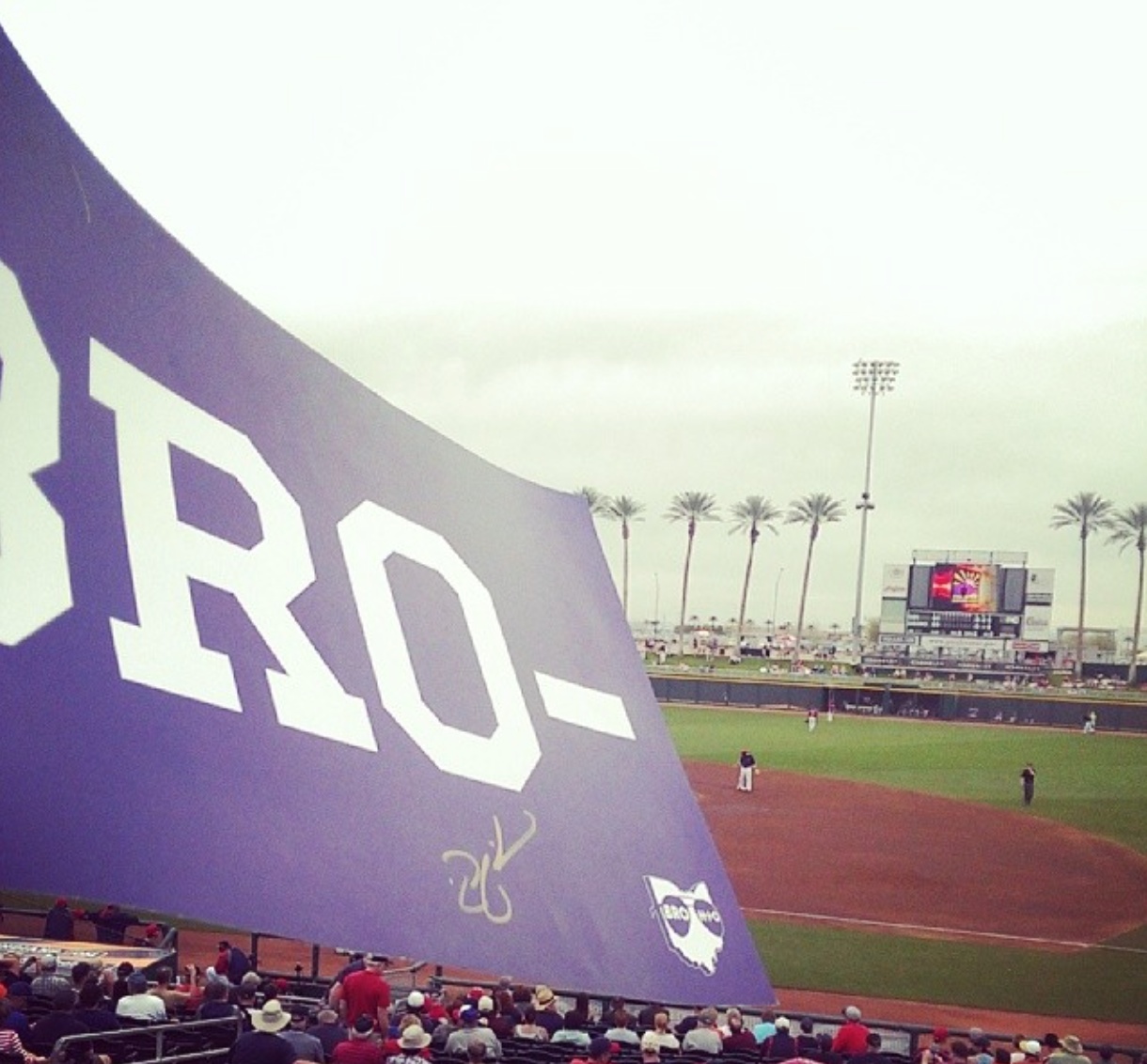 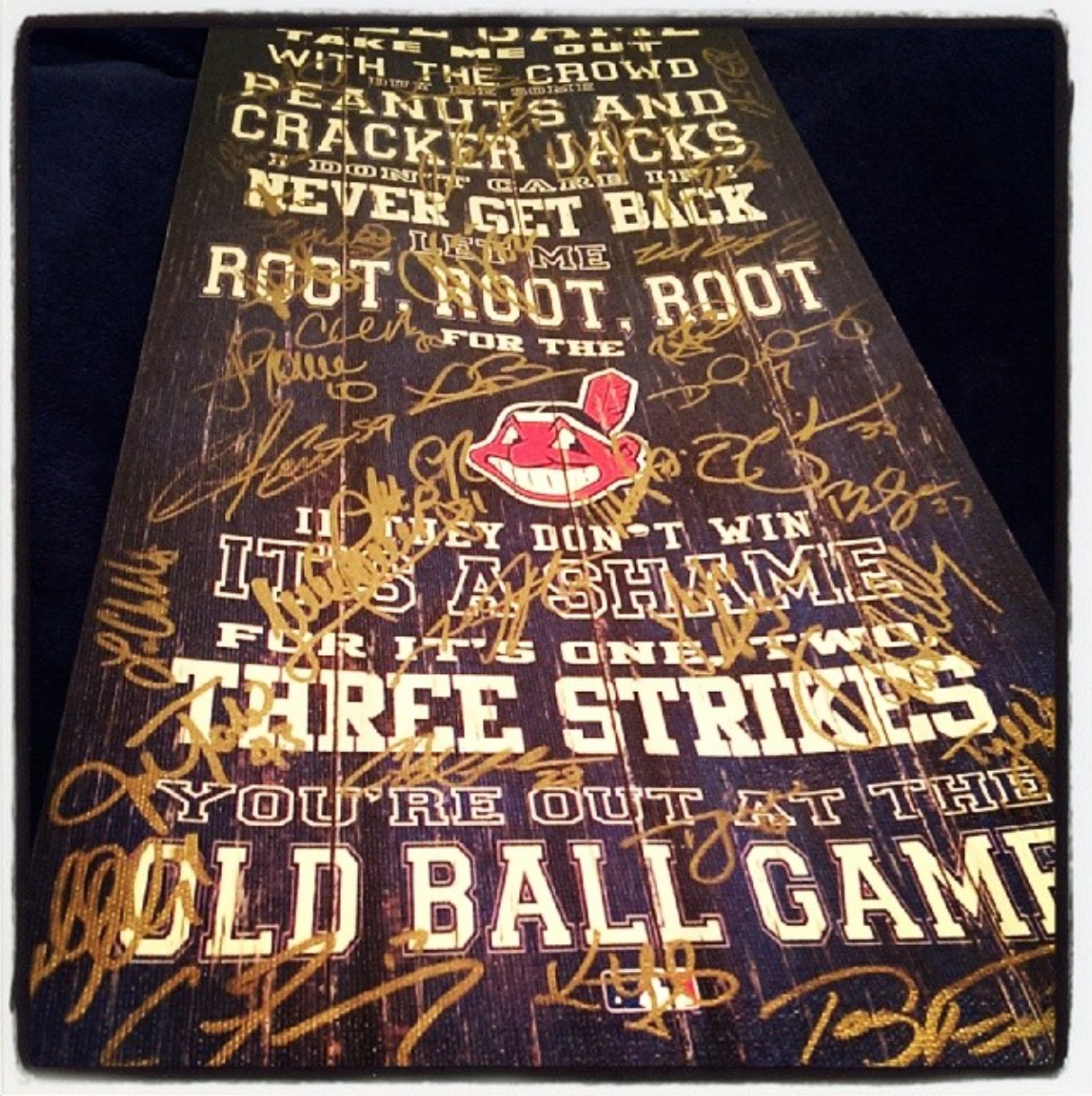 I got a jump start this year, and had some players sign at TribeFest. That was an awesome idea on my part. There are a few extra players that I snagged, including Kenny "grumpy pants" Lofton, Clint Frazier and Mike Hargrove.

Out of the entire major roster, I got everyone except Asdrubal. I firmly believe that it would have been easier to take a picture of a rainbow pooping unicorn than get his autograph. 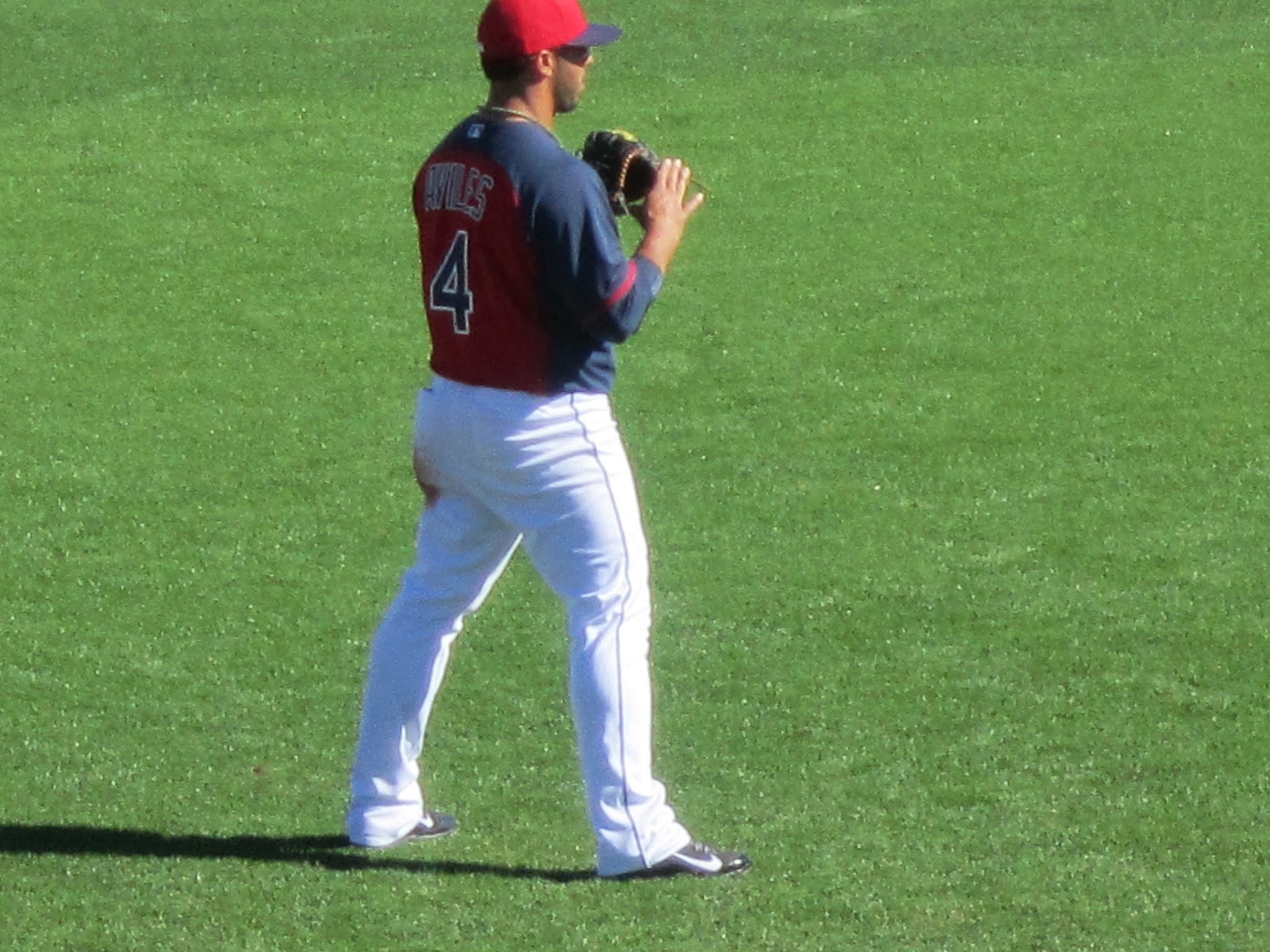 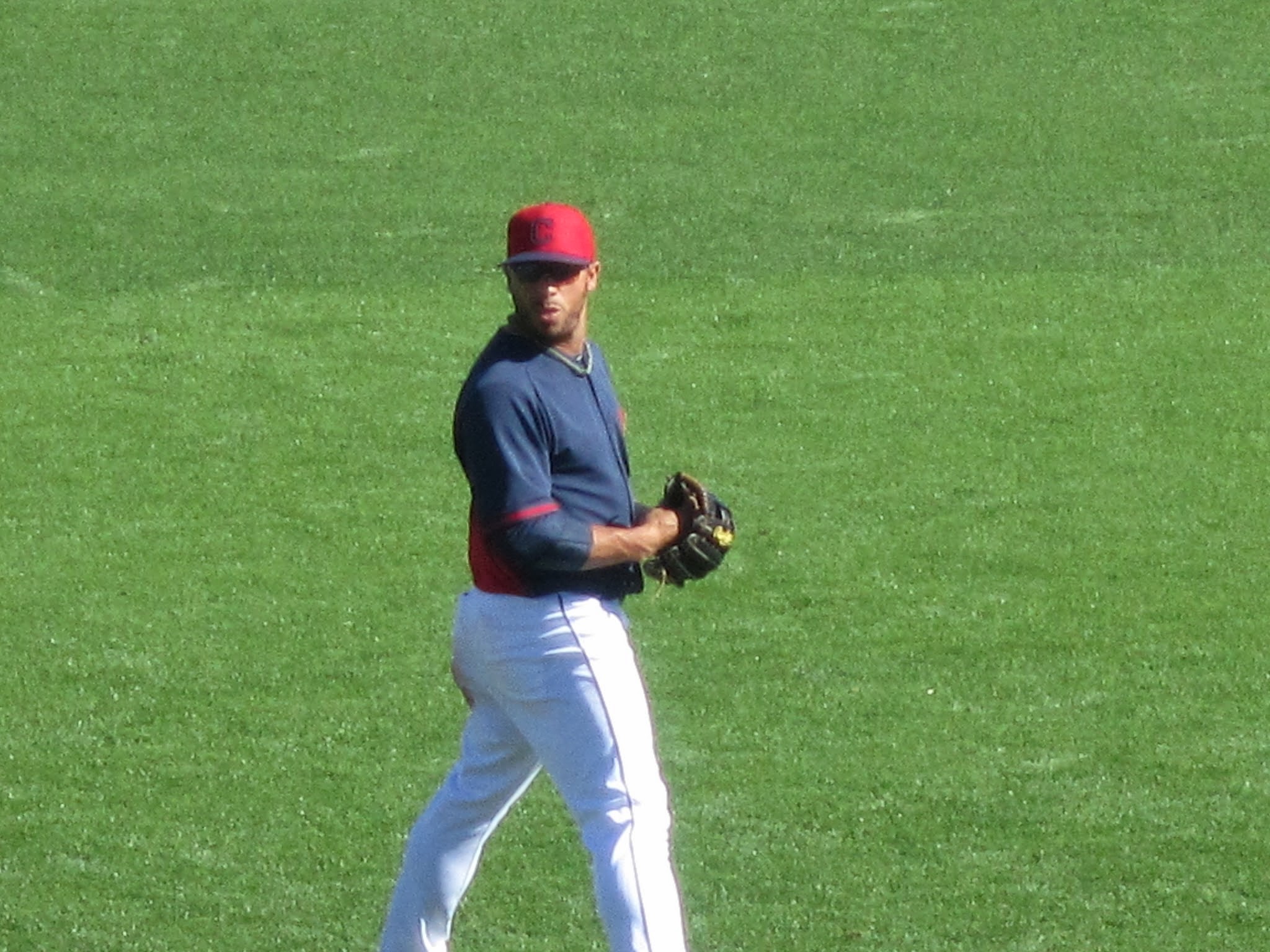 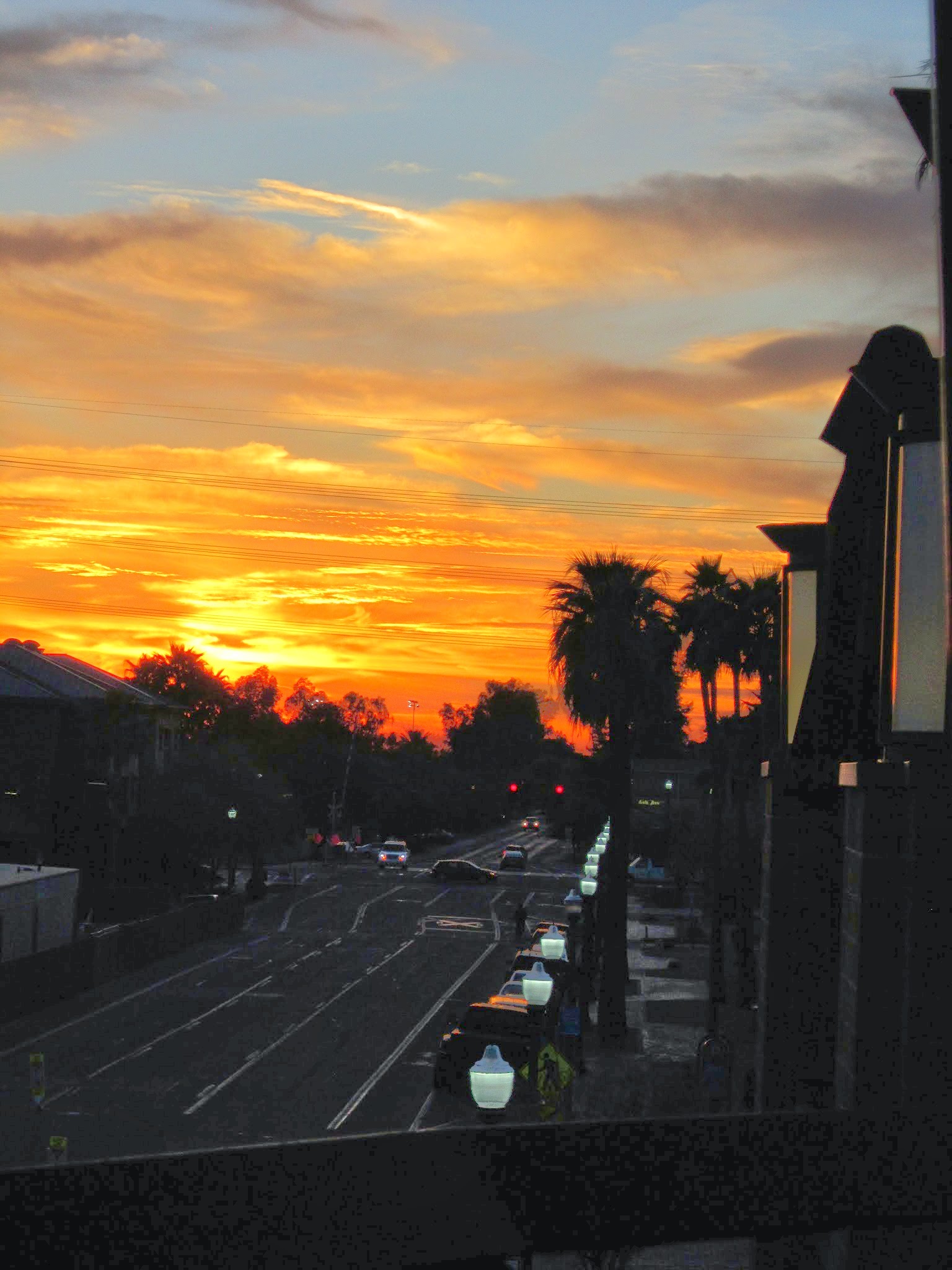 The food is meh, the beer is decent, and the sunset is spectacular at Gordon Biersch in Tempe. A great end to a great week.

Posted by Cleveland Chick at 2:35 PM