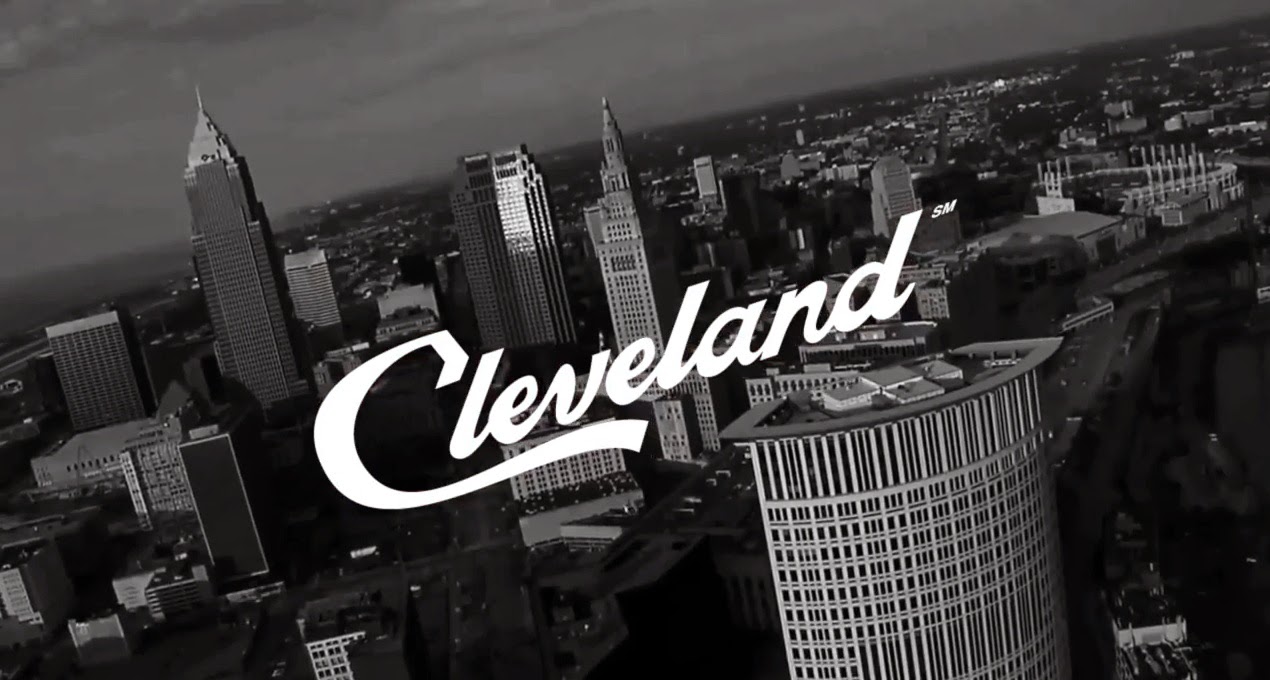 "If you don't like what people are saying, change the conversation."

Mistake by the lake. Burning rivers. The Fumble, The Drive and The Decision.

We've grimaced at all the jokes and winced at the jabs at our city.

At the Positively Cleveland Annual meeting, the new branding campaign for the city was announced, and I like it.

Before I go any further, let's get a few things out of the way.

During the past couple of weeks, there was much hullabaloo about the new Cleveland branding campaign being outsourced to a firm in Kansas City. To that I say, sometimes you need someone else, an outsider if you will, to point out your awesome traits. 34% of Cleveland residents will happily chatter on about the awesomeness known as Cleveland. They will tell you about Rock and Roll, the Moon Dog Coronation Ball, our World-Class Orchestra, the Arts, great restaurants and our sports teams.

Know what? You ask any other city about their awesomeness, and they will tell you about dining and sports and the arts and spas and blah blah blah.

Let's hop back to Cleveland for a second. Only 34% of Cuyahoga County residents (according to the research presented at the annual meeting) would recommend Cleveland to visitors. Ouch.

Clearly, we have some internal issues to take care of.

Yes, Cleveland Rocks is familiar to us all.

BUT WAIT CLEVELAND CHICK! WE DO!

Of course, Cleveland Rocks, but let's be honest, if we have to constantly tell people we rock, do we? The tag line, which I adore by the way, is not bringing the travel dollars to the city.

Enter the new branding...This is CLE.

What do you think? The music is original from Cleveland band Welshy Arms, not some cover band from some place like Utah.  The implementation of the branding will be by a Cleveland firm.

I like the new attitude because it is true. Cleveland is more than the Rock Hall. We are more than our sports woes. I used to love the Nike Witness commercials featuring he who will not be spoken. You know why? Because it showed the city. It showed us.

Cleveland is not Chicago or Baltimore or Indianapolis.

I have lived all over the place and while I enjoyed some places more than others, none of them were Cleveland.
Cleveland has an attitude and I can't believe I'm using the word, a swagger, about it that is hard to find. As much as we whine and complain about our Cleveland, the amount of pride we still have in the city is unmatched. We have at least three thriving companies that sell Cleveland gear - tshirts and such - not just sports, but the city. You know where I can get an Indianapolis t-shirt? At the airport. That's where.

As a city, we need to recognize what makes us great and how we are different from our neighbors. It is ok to be different.

Keep in mind that this is just a beginning. Read that again. This is just the beginning. We have lots of things in the coming months to look forward to, including new way finding measures (admittedly, it is darn hard to get around if you aren't a local).

If you are on social media, share your Cleveland favorites with #ThisIsCLE. Start changing the conversation and let people know the best Cleveland has to offer.

I, of course, suggest starting your journey with some pierogies.

Posted by Cleveland Chick at 11:08 PM