Taste of the Browns Giveaway 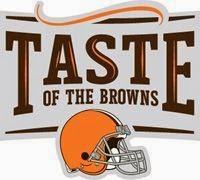 After the win against da Bears, this giveaway is even more exciting.

Monday, September 15th is the annual Taste of the Browns, a fundraiser for the Greater Cleveland Food Bank, co-chaired by Super Joe Haden and Judge Dick "Bam Bam" Ambrose at First Energy Stadium.

Taste of the Browns is the major fundraising event for the Food Bank, last year raising more than $175,000 - which helped the Food Bank distribute over 700,000 meals to agencies in 6 counties.

Not only will there be awesome food, there will be my favorite part of any fundraiser, a silent auction featuring:

All proceeds benefit the Greater Cleveland Food Bank. Access to the VIP Lounge will include exclusive tastings, access to Cleveland Browns celebrities and a personalized listing in the scrolling Thank You video played during the event. You can purchase tickets here.

Winner will be selected Monday, September 8, at 6 pm.

Remember, you can tweet once a day, so get to tweeting. But don't do it more than once a day. That will make people angry at both of us. 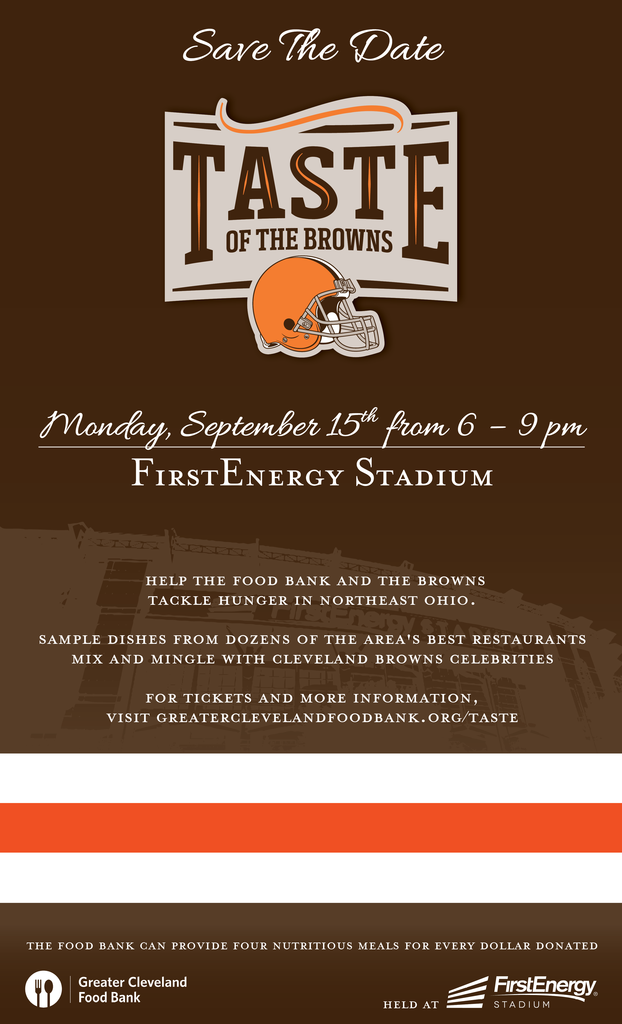 Disclaimer:  I was offered a pair of General Admission tickets to use and a pair to give away to one of you lucky fans. Words are my own and are currently fueled by the adrenaline zooming through my body after my brakes went out on the interstate. Whew.
Posted by Cleveland Chick at 10:01 PM