If you are new to Happiness is a Hot Pierogi, Photo Fun is a feature that allows me to share with you some of my digital photos.  These pictures have been stuffed in a folder on a nondescript server for years and I enjoy reminiscing.

Ten years or so ago, it was ridiculously cheap to fly to Europe. A round trip ticket to Dublin, Ireland cost $100 each way, out of Chicago. It was off season, but still an amazing opportunity. I took advantage of that ticket break for years.

I took a train, and then a small bus to the cliffs. On that train ride, I saw the greenest fields you could imagine. I would share those pictures with you, but the film from that camera was damaged. Travel tip: always have a back up camera, that would be back up as in secondary not back up as in, "look out, I'm backing up!"

Our bus driver pulled off to the side of the road because of some sheep crossing, so I took this pic of the crazy winding road. There is a sheep out there somewhere. 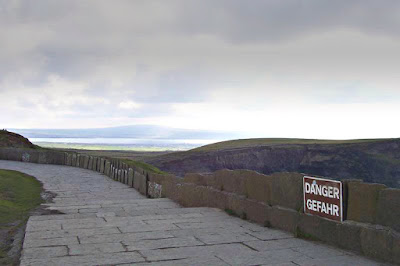 When we arrived to the Cliffs, it was breathtaking. My bus mates were two women from Long Island, a mixture of The Nanny and King of Queens, and a quiet woman traveling on her own from South Africa. Our tour guide pointed to the DANGER sign and said, "You better heed that or you will be gone." Every year, some knucklehead sits on the edge of the Cliff and gets woosh-ed off plummets down to the rocks below.  It is hard to imagine a gust of wind being that strong, but I was not going to  tempt fate. 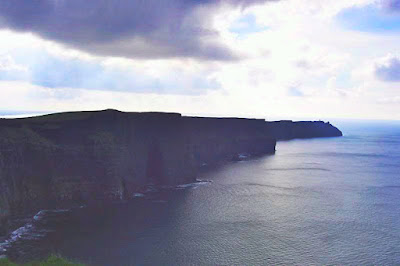 The day was cold and dreary. The sky was gray and dull.  The view was spectacular. There is a little part of me that wishes this trip was social media documented. At this time, there was no Twitter. No Instagram. No Facebook. I was very high tech with my 4 megapixel Kodak camera *and* my film camera.

The ride back to Dublin was an adventure. The New York ladies were yapping nonstop about New York, which may be why the bus driver had a pint when we stopped for dinner.

Let me know in the comments what your favorite picture from a past trip is.

Posted by Cleveland Chick at 1:57 PM No comments: 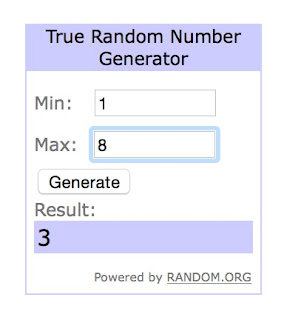 The winner for the Tri-C JazzFest tickets has been notified.

Thank you all for reading and entering!
Posted by Cleveland Chick at 12:23 PM No comments: